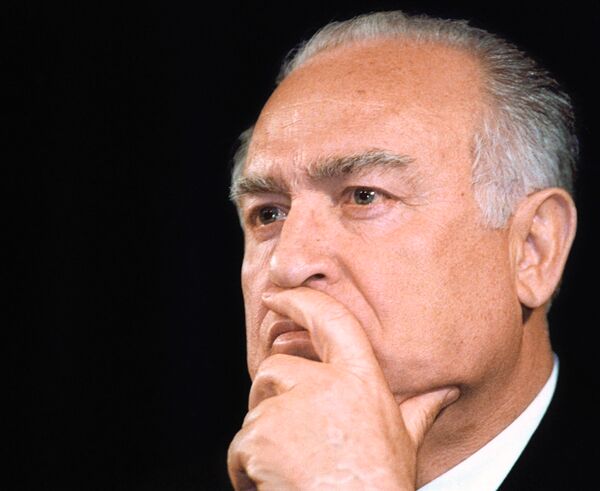 Speaking at an embassy reception in honor of Russia Day, Chernomyrdin formally announced that his stint in Ukraine was over.

"My presence is Ukraine has come to an end... Thank you for everything," he said.

Appointed to the post in 2001, Chernomyrdin has often been seen as a controversial figure in the former Soviet republic.

In February, Ukraine warned Chernomyrdin that he could be expelled from the country over "unfriendly and extremely undiplomatic assessments, comments and statements regarding Ukraine and its leadership."

Chernomyrdin, formerly a longtime Gazprom chief, is known to have criticized Ukraine in its bitter gas dispute with Russia in January which led to a cutoff in supplies to the EU as Moscow accused Kiev of tapping Europe-bound transit gas.

In a January interview with Russia's Vesti TV channel, in particular, he described the situation with gas transits as "nonsense" and "buffoonery," and said that "everything proceeds from Ukraine's leadership."

Relations between the two former Soviet neighbors have been strained over a host of issues, including energy prices and Ukraine's pro-Western policies.