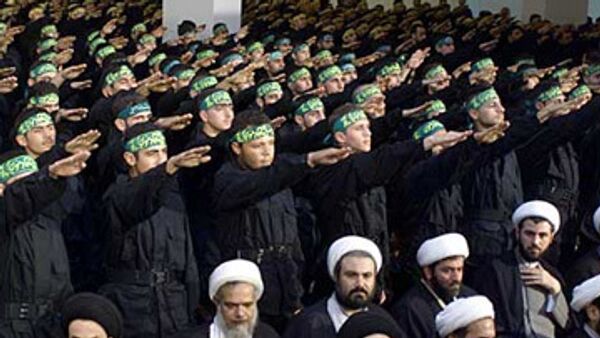 © www.nb-info.ru
Subscribe
Many international observers who covered the June 7 parliamentary elections in Lebanon have sighed with relief: The March 8 coalition led by Hezbollah, which is backed by Syria and Iran, again lost to the governing March 14 Alliance, led by Saad Hariri, a Sunni politician and the son of the murdered Prime Minister Rafiq Hariri.

MOSCOW. (Maria Appakova for RIA Novosti) - Many international observers who covered the June 7 parliamentary elections in Lebanon have sighed with relief: The March 8 coalition led by Hezbollah, which is backed by Syria and Iran, again lost to the governing March 14 Alliance, led by Saad Hariri, a Sunni politician and the son of the murdered Prime Minister Rafiq Hariri.

The pro-Western alliance won 71 seats in the 128-seat parliament.

However, the opposition cannot be said to have lost the elections, since all of the 11 candidates nominated by Hezbollah have won their seats. Although its allies have deserted it, Hezbollah has managed to save face and keep its supporters.

Elections in Lebanon are always a major geopolitical battle for regional stability fought by the United States and France jointly with Saudi Arabia against Iran. Regional stability is a very high stake, and so some international players, primarily the United States, lost their nerve ahead of the elections, even though they pledged to respect the principle of non-interference in the internal affairs of sovereign countries. They feared victory of the Hezbollah-led coalition, or a tie.

U.S. Vice President Joe Biden, who visited Beirut two weeks before the elections, warned that Washington would reconsider its assistance to the country if its next government strayed from certain "fundamental principles."

The United States "will evaluate the shape of its assistance programs based on the composition of the new government and the policies it advocates," Biden said.

The United States considers Hezbollah to be a terrorist organization.

The Lebanese did not want their country to suffer the fate of the Gaza Strip, which was placed in international isolation after Hamas, a radical Palestinian Islamic organization, won the elections there. This would have been a catastrophe for Lebanon, whose budget heavily depends on tourism and agency deals. The country wants the promised donor aid, not an international blockade.

However, it would be wrong to say that the Lebanese choice was determined by external opinion. Lebanon is one of the most politically aware countries in the Middle East. Very few Lebanese did not know how they would vote, and no foreign influence could have influenced their choice.

The rivals fought for the part of the electorate that has been disappointed with the policy of the governing March 14 alliance and instability, but still did not trust Hezbollah. The March 14 alliance only needed them to come to the polling stations and cast their ballots - and they did, as proved by the turnout polls. According to them, over 54% of the 3.2-million electorate took part in the elections, which is nearly 10% more than during the 2005 elections.

The March 14 alliance has won these elections, but Hezbollah candidates still hold enough seats in parliament to make the movement's voice heard.

"What matters to us now is that Lebanon turns a new page, one based on partnership, cooperation and understanding," said Hasan Fadlallah of Hezbollah.

Hezbollah believes that "Lebanon's specificity is in its diversity and there is no majority or minority. No party can claim to have won the majority among all communities," Fadlallah told AFP.

The victory of the March 14 alliance will simplify life for the West, which will not have to turn its back on Lebanon, and even for the defeated March 8 coalition, which has not refused to play ball with its political opponents.

We can assume that the March 14 alliance would have been a fierce opponent in a similar situation, thereby precluding even the smallest chance of political conciliation.

But Lebanon remains a split country despite the encouraging results of the elections, and everyone should tread carefully in the difficult political situation there. This warning concerns above all the external forces that are watching developments in Lebanon, because they are responsible for encouraging Lebanese politicians to carry on dialogue, and not to build barricades.

The results of the June 7 elections will ease the country's path to conciliation and compromise only if the West led by the United States does not encourage the winners to believe in their invulnerability and specialness.

Winners must also have a great measure of wisdom.