Tiananmen Square massacre: who has learned its lessons? 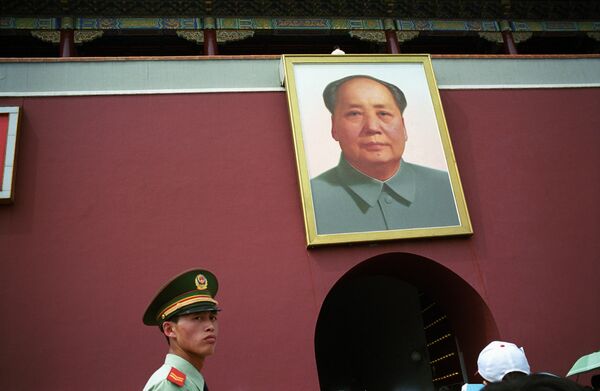 MOSCOW. (RIA Novosti political commentator Dmitry Kosyrev) - In the small hours of June 4, 1989, the Chinese army, after losing patience with the students who had been protesting since April 14, decided to force them from Tiananmen Square, surrounded by key government buildings.

It was not the largest tragedy in China's 20th century history; however, the number of its victims has not been determined to this day.

People usually try to draw lessons from such tragedies. What lesson have people in China and other countries learned from the Tiananmen Square massacre?

The Chinese say young people must not die either in vain or as a result of someone else's unwise decisions. Indeed, governments do not easily order the killing of their own citizens, and moreover, we now know that the tragedy happened because soldiers could no longer tolerate being jeered at and provoked every day for seven weeks.

The Chinese mostly viewed the student protest camp in Tiananmen Square not as a demonstration for Western-style democracy but rather as the fight against corruption and chaos of slogans. In fact, many demonstrations took place across the country before and after June 4. A decade of reforms provoked social unrest, and the Chinese authorities feared not a square full of students, but nationwide chaos and anarchy.

Later the authorities analyzed the tragedy and opted for economic development "in conditions of political stability." However, political stability could not be attained without reforms in the ruling party and the political system as a whole. That political reform is still under way in China - some say too slowly, while others have become giddy with its speed.

The 20-year-olds who were born in 1989 have grown up on Coca-Cola and the Internet, yet they are super-patriotic and even "cyber-nationalist." Evidence of this is a thousand-strong demonstration held in Tiananmen Square to commemorate last year's Sichuan earthquake, which left nearly 90,000 people dead or missing and five million homeless. The young people gathered in Tiananmen Square held national flags and chanted, "Rise, China."

Another example is the numerous, spontaneous blogs and chatrooms that emerged last year when advocates of Tibetan independence tried to put out the Olympic Flame. Half a million people visited some of these websites every day, all of them expressing the same view. It was one of "a vitriolic outpouring of anger and nationalism directed against Tibetans," according to The Washington Post.

No government has the power to organize such action.

According to the Pew Global Attitudes survey conducted in China last year, 86% of the Chinese are satisfied with their country's direction, compared to 23% of Americans with the United States. However, this does not mean that they would not like to see the Tiananmen massacre thoroughly investigated, the results of such investigation made public, and compensations to victims paid.

Has the tragedy made the rest of the world wiser? Twenty years ago, the United States and the European Union called for punishing China with sanctions and isolation. Despite that, China has grown into the world's third largest economy and may be the first country to fully overcome the current economic crisis.

This makes the Americans and Europeans wonder if the Chinese model is viable after all. Maybe they should not chastise other countries and governments' actions even if they are not to their own liking? Is this the true lesson of the Tiananmen tragedy?

And one more thing: The Chinese cyber-patriots have found a highly interesting fact from U.S. history: the Bonus Army March in Washington in the summer of 1932, at the height of the Great Depression, when veterans of the American Expeditionary Force demanded immediate payment of their cash benefits.

On July 28, 1932, two veterans were shot and killed by panicked policemen in a riot at the bottom of Capitol Hill. Troops from nearby Forts Myer and Washington were ordered in to remove the Bonus Army Marchers from the streets by force.

General Douglas Macarthur, then the Army Chief of Staff, acting against the advice of his assistant, Major Dwight D. Eisenhower, took personal command of the operation. Major George S. Patton was in charge of part of the troops.

Americans were outraged, even though not one shot had been fired and only four people were killed - the two demonstrators who had been shot by the police and two infants asphyxiated by tear gas. President Hoover later lost the race for reelection.

In short, there is a skeleton in everyone's closet.