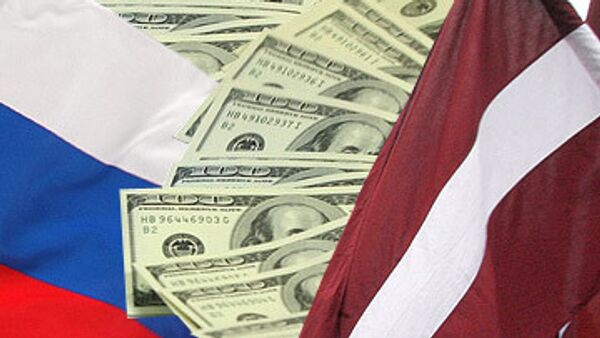 Latvia has calculated the total damage from its Soviet past at $200 billion, the Delfi online edition said on Tuesday citing a government commission.

RIGA, April 28 (RIA Novosti) - Latvia has calculated the total damage from its Soviet past at $200 billion, the Delfi online edition said on Tuesday citing a government commission.

The Latvian governmental commission has used economic performance indicators in Finland, Denmark and the U.S. from 1950-1990 to assist in calculating the country's potential GDP growth if it had never been part of the Soviet Union.

Latvia's GDP stood at 124 billion lats ($248 billion) in 2000 prices. If Latvia had remained independent and developed at the same pace as Finland, its GDP would have increased by $123 billion lats ($246 billion), according to the online portal.

Although it is hard to accurately assess the economic growth Latvia would have enjoyed if it had not been part of the Soviet Union from 1940 to 1991, the authors of the report claim the Soviet "occupation" had demographic, social, economic and moral consequences.

The local NRA newspaper reported earlier in the day that Latvia intended to demand some $712 million from Russia in compensation for environmental damage allegedly inflicted on the Baltic state during the Soviet era.

"We have only assessed the environmental damage to the country, and these are the preliminary figures. The total damage has yet to be calculated," Edmunds Stankevich, who heads the government commission, told RIA Novosti.

The commission will release a final figure next year. Russia has rejected Latvia's claims.

Andrei Klementyev, a member of the Latvian parliament's presidium, said in an interview with RIA Novosti that the commission is only causing harm and should not continue with its activities.

"This commission is causing damage. At times when relations between Latvia and Russia are beginning to improve these radical statements emerge. And they of course have a negative impact on our relations," he said.

The parliamentarian said the commission should be shut down for economic reasons as it receives around $400,000 a year in government funding.

"I am surprised that in a period of the most difficult economic crisis in Latvia the government continues to support this dubious structure. Hospitals are being closed, thousands of doctors, teachers and police officers are jobless, but the commission that calculates damage from the 'Soviet occupation' continues to actively function," he added.