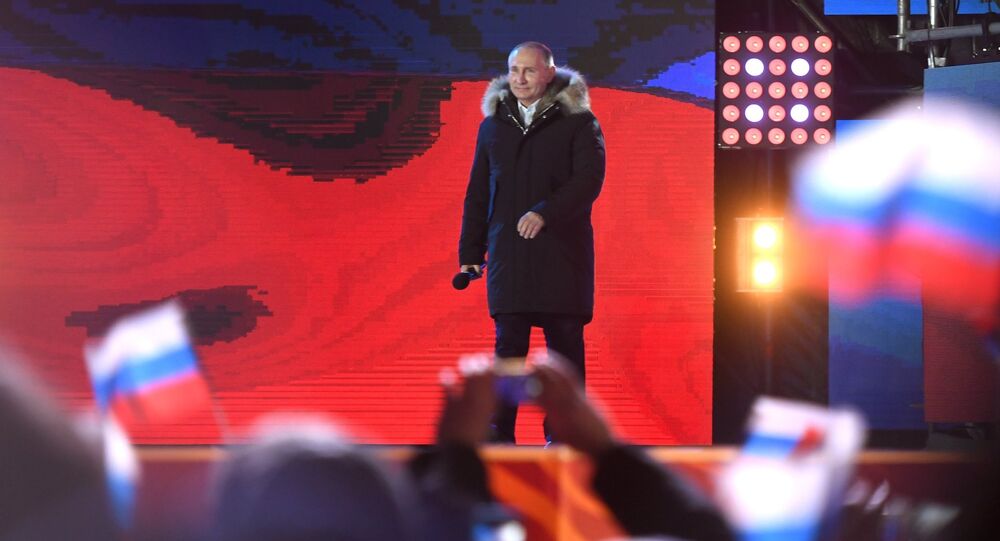 The incumbent Russian president has won the election by a wide margin with more than 76,6% voters on the Russian territory supporting him.

Putin, who ran for the presidency as an independent candidate, has won 84,99% of votes from Russians voting abroad, while the Communist Party's bid, Pavel Grudinin, got 5,04% of votes and former TV-personality Ksenia Sobchak got 4,07%, coming in third, according to the Russian Central Election Commission.

"Vladimir Putin leads the count with 403,942 votes, it is 84.99 percent. Pavel Grudinin is in the second place with 23,938 votes or 5.04 percent. Ksenia Sobchak is third with 19,331 votes or 4.07 percent," CEC member Vasily Likhachev said following a meeting of a special territorial election commission that managed the Russian polling stations abroad.

Vladimir Zhirinovsky of the Liberal Democratic Party of Russia (LDPR) managed to secure only 1.75% among Russians voting abroad, in comparison to 5.65% in Russia.