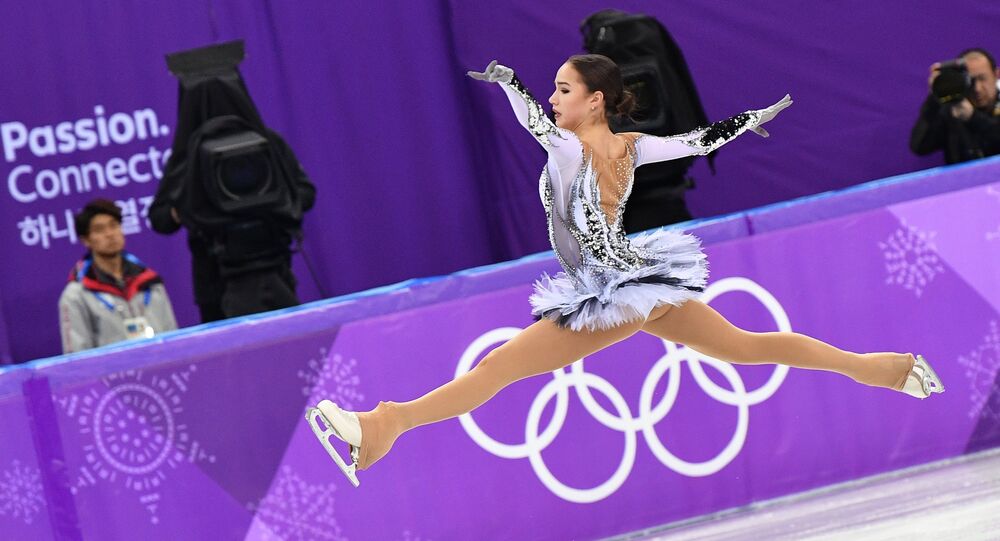 Russian figure skater Alina Zagitova, who just got a world record in the singles short program at the Olympics, has responded to the recent attack by her American counterpart Ashley Wagner.

The 26-year-old Wagner, who didn't qualify for the Games, criticized Zagitova's free skate routine last week for putting all of her jumps in the second part.

"I don't agree with Ashley Wagner's opinion of my routine. I have a balanced program: downbeat music at the start, and going upbeat gradually. All of my jumps go along with the music," Zagitova said.

The Russian figure skater set a new world record with the results she had received during the short program at the 2018 Winter Olympics on Wednesday. The previous world record — 81.61 points — was set by Russian figure skater Evgenia Medvedeva, also in the women's single short program at the Olympics in South Korea's Pyeongchang.

On February 19, a representative of the training team of Russia's figure skaters told Sputnik that World Anti-Doping Agency (WADA) doping control officers had disrupted an official training session of the 15-year-old at the 2018 Olympic Games.

Zagitova has already won a silver medal for the Olympic Athletes from Russia (OAR) in the team event of the 2018 Olympics figure skating.