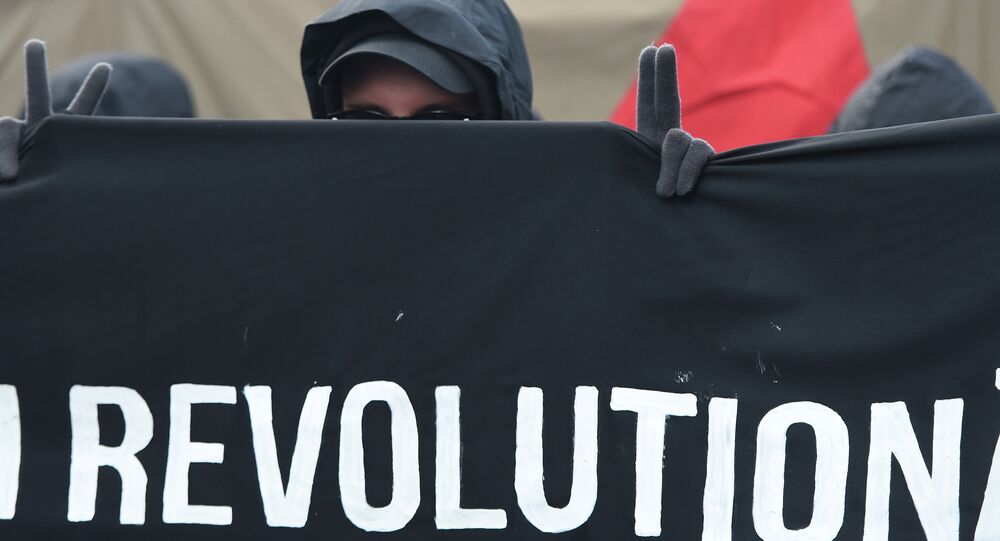 The rejection of politics is an American tradition going back to before the United States gained their independence from the British Empire. It has always been present but this last presidential election has brought it to the surface once again.

Politics is a human(?) activity totally devoid of any kind of morality. As a result the practise of it can and does do nothing else but pile one sin upon another until everything is crushed beneath the great weight of it. That which has its very foundations in immorality cannot be made to serve trully moral ends. Should you try to do so all that you come up with is hypocracy.

© AP Photo / Joe Raedle
Will Trumpolitics Erase Clintonism?
The great question then becomes, just what then is to be done about it? You can try and turn your back on the world but barring your death it is not going to turn its back on you. Unless you are fortunate enough, and very few are, to be able to go into the wilderness somewhere and live totally apart from society.

A total revolt against politics is in order. That is the true revolutionary moment. The resolve to continue the endeavor to free mankind from the great curse that devours their souls until it is ultimately successful. With the certain knowledge that if you fall in the struggle there will always be someone else there to pick up the banner you have carried and bear it forward generation after generation to ultimate victory.

That is the freeing of humanity from the political slavery that keeps them in chains. Thus freeing them to gain and develope to maturity their own souls.

© AP Photo / Mic Smith, File
Federal Reserve, SEC Brace For Policy Reshuffle Under Trumponomics
To be in the presence of politics is to be in the presence of something obscene. Politics being the playgound of unclean and foul birds (spirits). Indeed this last presidential election has unleashed a malignancy upon the Earth that has lain in latency at the core of western civilization ever since its inception in Ancient Babylon millenia ago. Which has periodically risen out of the slime to unleash a plague upon mankind and the Earth.

I was advised a long time ago that, "Decent people do not concern themselves with politics." I have spent over fifty years growing up and working around it, as well as studying it extensively both in an academic setting and independently. I have personnally seen the advice proven to be correct a thousand times over. The time has finally come to call the evil what it is and to stand up to it.

Trump Administration: Why 'Doves' and 'Hawks' Locked in the 'Same Cage'