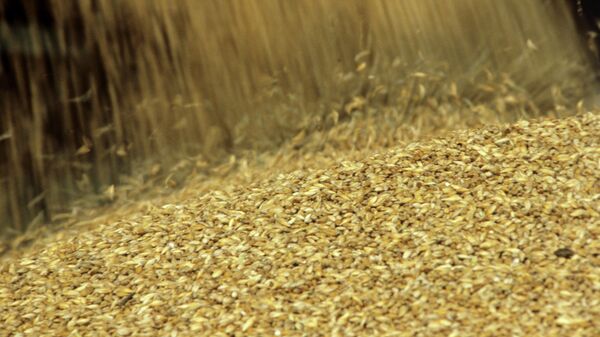 Russia launched a special military operation in Ukraine in February in response to intensifying attacks against Donbass, perpetuated by Kiev's troops. President Vladimir Putin stressed that the op's goal is "protect people subjected to genocide by the Kiev regime for eight years."
Russia's armed forces and the Donbass militias are advancing amid the special operation, liberating multiple cities in the Donetsk and Lugansk People's Republics. Recently, the Russian troops and LPR militia liberated Lisichansk, while Ukrainian forces retreated, blowing up multiple buildings in the city as they left.
Follow Sputnik's live feed and Telegram channels to get the latest updates:
Sputnik News US — https://t.me/sputniknewsus
Sputnik News India — https://t.me/sputniknewsindia
Table of contents
New firstOld first
03:31 GMT 04.07.2022

"We have crossed the threshold of 100,000 Ukrainians hosted in France. We were initially a country of transit, in particular towards Spain, which opened its labor market to Ukrainians a few years ago, whereas in France, before the war, there were only 19,000 Ukrainians," Zimet told the Le Monde daily on Sunday.

He said citing a study by the European Union Agency for Asylum that 84% of the displaced persons from Ukraine do not intend to return to their homeland.

French Interior Minister Gerald Darmanin said in March that his country was working on being able to host at least 100,000 refugees from Ukraine.

Last month, European Commission President Ursula von der Leyen said that, over the course of the crisis in Ukraine, 7.5 million Ukrainian refugees have arrived in the EU, and 3 million are still in the European Union.
18:58 GMT 03.07.2022
Three Killed in Ukrainian Missile Strike at Makiivka – Donetsk Military
DONETSK (Sputnik) - A Ukrainian missile strike at the city of Makiivka in the Donetsk People’s Republic left three people dead and four others injured on Sunday evening, the regional military command said.
"Today’s attack by the Ukrainian armed forces on Makiivka left three civilians dead and four others injured," the DPR headquarters said on social media.
The DPR representative office at the joint center for ceasefire control and coordination said that Ukrainian troops fired eight 152mm missiles, three 155mm missiles and six BM-21 Grad projectiles at Makiivka and the DPR capital of Donetsk.
15:44 GMT 03.07.2022
Ukrainian Missile Strike at Russia's Belgorod Kills at Least Four, Governor Says
Governor Vyacheslav Gladkov accused Ukrainian troops of firing three unguided Tochka-U missiles that were struck down by the Russian air defense. Missile fragments fell on the residential areas, damaging 21 apartment buildings and up to forty private homes.
“According to the information we have at the moment, there are four casualties: a Russian citizen and three Ukrainian citizens. The Ukrainian government is killing Ukrainians in Russia — this is the most cynical thing the Ukraine has done,” he said in a video posted on social media.
More than 1.4 million Ukrainian refugees fled to Russia since late February. Many are staying in the western regions for processing.
The Russian Investigative Committee has opened a criminal probe into the missile strike to examine the circumstances and determine people responsible for the attack. It said earlier in the day that two people were missing, including a child.
15:39 GMT 03.07.2022
Australian Prime Minister Announces Plan to Sanction 16 Russian Ministers and Ban Moscow's Gold Imports - Media
15:16 GMT 03.07.2022
Russian Ship With 'Ukrainian Grain' Detained Near Turkey’s Karasu Port, Source Says
ANKARA, July 3 (Sputnik) - A Russian cargo ship suspected of transporting Ukrainian grain was detained in the Turkish waters on Sunday, a source with the Turkish customs agency told Sputnik.
"The vessel is here but there is no clarity and no concrete decision has been taken. A request was made [by Ukraine to detain the ship] and an investigation is underway," the source said.
Ukrainian officials said that the grain was seized from the port city of Berdyansk in the southeastern province of Zaporizhzhia, which is under control of Russia at the moment. Vladimir Rogov, a member of the new military-civilian administration of the Zaporizhzhia region, accused the West of piracy.
"Those who created this situation are blocking grain sales and hunting Russian ships carrying that grain. Simultaneously, they are accusing Russia of causing global hunger," Rogov told Sputnik.
A Russian-flagged cargo ship transporting 7,000 tonnes of grain left the Black Sea port of Berdyansk on Thursday. Ukraine asked Turkey to detain the vessel. Rogov said the detained ship was carrying 4,500 tonnes of grain.
14:44 GMT 03.07.2022
EU Mulling New ‘Central Office’ to Spearhead Sanctions Enforcement – Commissioner
MOSCOW (Sputnik) - The European Union is debating a new bloc-wide body to harmonize the enforcement of sanctions against Russia by all member states, the EU commissioner for financial services said in an interview to the Financial Times out on Sunday.
"The idea of having an overarching view of sanctions and their implementation is one I would support," Mairead McGuinness, of Ireland, said.
The commissioner added that some countries had a "strong infrastructure" on sanctions implementation while others did not. Anything that would improve European oversight and coordination in this regard would be a plus, she noted.
The centrist Renew Europe group in the European Parliament has recently proposed changes to the regulation setting up a planned anti-money laundering authority, Amla, that would create a "central office" for enforcing targeted sanctions, McGuinness said.
The European Commission has also been working with banks and other financial institutions to make sure they do not act too zealously when enforcing financial sanctions, McGuinness admitted. She said banks blocking Russians living in Europe from opening accounts was an overreach.
14:13 GMT 03.07.2022
Not Time for Ukraine Peace Negotiations, White House Says
12:18 GMT 03.07.2022
Russia Launches Probe Into Ukrainian Attack on Belgorod
11:29 GMT 03.07.2022
Moscow: Russia Does Not Resort to Immediate Retailation but Follows Kiev's Steps Closely in Case of Further Provocations
11:23 GMT 03.07.2022
London Seeking Any Pretext to Get Its Warships Into Black Sea, Russian FM Lavrov Says
10:46 GMT 03.07.2022
US Satellite Spotted Filming Belgorod Three Days Before Ukrainian Strike
GeoEye-1 commercial satellite - which belongs to the Maxar company - filmed the Russian city of Belgorod on 30 June, Sputnik correspondents discovered. Two other satellites - Worldview-2 and Worldview-3 - were also spotted taking pictures of the region.
09:54 GMT 03.07.2022
Three Ukrainians Killed by Kiev Strike on Belgorod, Governor Says
09:44 GMT 03.07.2022
Moscow: Russian Forces and Donbass Militia Seize Full Control of Lisichansk
09:40 GMT 03.07.2022
MoD: Shoigu Briefs Putin on Liberation of Lugansk People's Republic

Russia's Special Operation in Ukraine
MoD: Shoigu Briefs Putin on Liberation of Lugansk People's Republic
09:01 GMT 03.07.2022
Air Defences Shot Down Two Ukrainian Su-25s and Ten Drones in Kharkov and Nikolayev Regions - Russian MoD
08:58 GMT 03.07.2022
Up to 120 Foreign Mercs Killed in Strike on Base on Nikolayev Outskirts - Russian MoD
08:56 GMT 03.07.2022
Russian MoD: 38 Ukrainian Servicemen Have Surrendered Near Lisichansk Over the Past 48 Hours
According to the ministry, most of them are forcibly mobilized locals.
08:49 GMT 03.07.2022
Kiev Launched Premeditated Strikes on Russia's Belgorod and Kursk Overnight, MoD Says