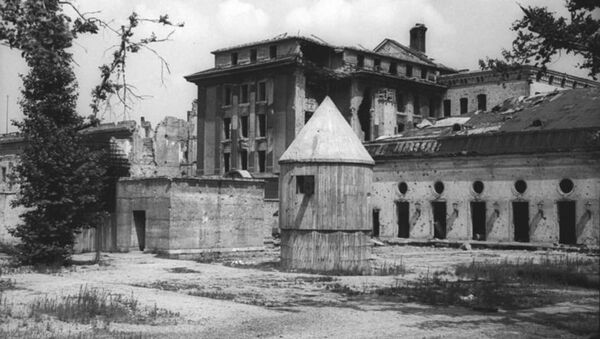 After the Soviets began their grand assault upon the Nazi capital, Hitler remained in his bunker until his inglorious demise at his own hands.

In January 1945, as the victorious Red Army continued its inexorable march towards Berlin, smashing whatever defenses the Nazis hastily put in their way, Adolf Hitler retreated to a reinforced underground shelter that would become his last refuge until his inglorious demise a few months later – the Fuhrerbunker.

While the construction of Hitler's subterranean shelter in Berlin was finished in 1936 (the so called "Vorbunker" or "forward bunker"), an additional part of the complex (the "Fuhrerbunker" itself) was constructed by 1944 when the tide of war turned. 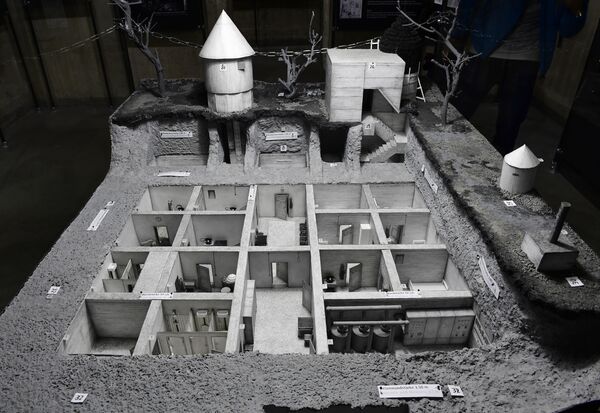 Located five meters below ground and accessed via an entrance at the Reich Chancellary building, the bunker was comprised of some 30 rooms, including Hitler's personal apartment and a conference room where he convened with his generals. 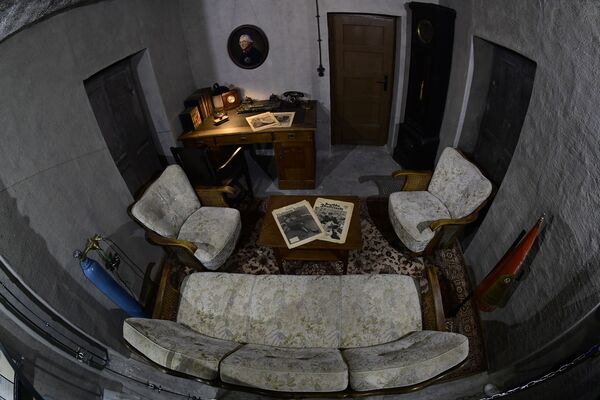 A full-scale model of Adolf Hitler's office inside the so-called "Fuehrerbunker" is presented during a press preview of an exhibition at the "Berlin Story Bunker" in Berlin's Mitte (centre) district on October 27, 2016
© AFP 2022 / TOBIAS SCHWARZ

The bunker was powered by a diesel generator and had its own water supply (a well), as well as an advanced ventilation system.

However, due to the fact that the facility was located below the water table, special pumps were required to drain the water which seeped inside, and dampness was a constant problem. 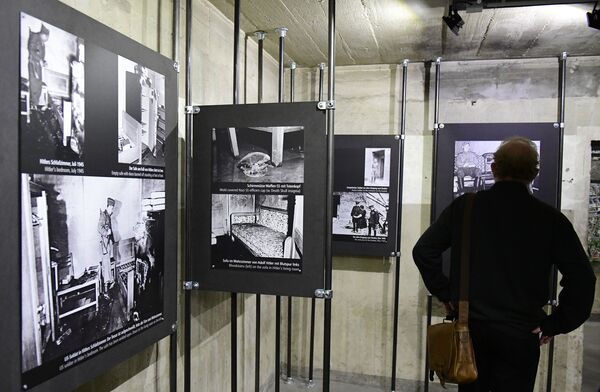 A journalist looks at a set of photographs taken in the bunker of Adolf Hitler as part of the exhibition on the so-called "Fuehrerbunker" during a press preview at the "Berlin Story Bunker" located in a WWII air-raid shelter in Berlin's Mitte (centre) district on October 27, 2016
© AFP 2022 / TOBIAS SCHWARZ

Adolf Hitler and his companion Eva Braun weren't the only occupants of the bunker, as they were accompanied by the Nazi party Chancellory head Martin Bormann, Nazi propaganda minister Joseph Goebbels with his wife and children, as well as by service personnel such as doctors, secretaries, etc. 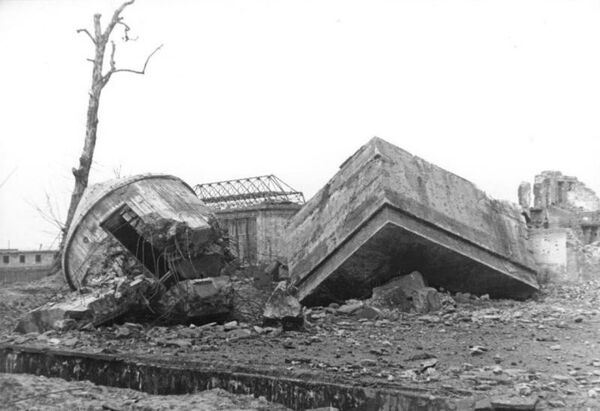 After the Red Army launched what eventually became known as the Battle for Berlin or the Fall of Berlin, Hitler no longer left the bunker, where he eventually committed suicide. 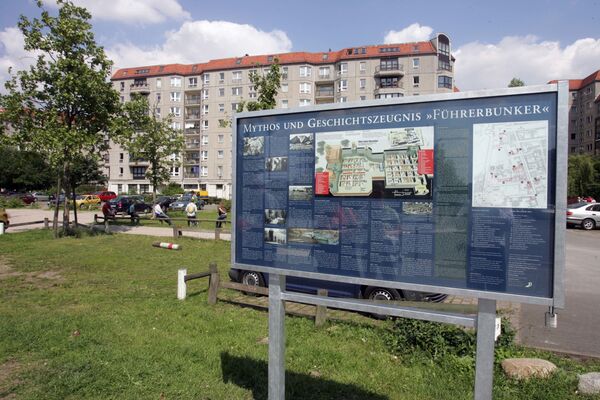 Today, only an information board installed near the area where the bunker was located serves as a reminder of the facility's existence, as the complex was gradually demolished and sealed off.