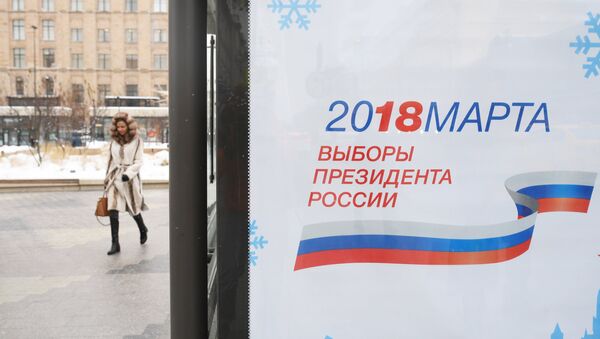 "Over 300 reputable foreign politicians and public figures have accepted an invitation to monitor the Russian presidential election. Among them are well-known lawmakers and senators from national parliaments, including [former PACE President and Spanish Senate member] Pedro Agramunt, [member of the Spanish Congress of Deputies] Jordi Shukla, [French National Assembly honorary member and co-president of the Franco-Russian Dialogue Association] Thierry Mariani and others," Slutsky told reporters.

READ MORE: Few Days Left for New President to Be Elected in Russia

Members of the European Parliament, ministers, mayors as well as observers in their personal capacity are also expected to come, he added.

Russian MoD to Ensure Security at March 18 Election Voting Station in Syria
"The State Duma earlier sent invitations to 318 foreign observers from 78 countries of Europe, Asia, Africa, Australia and South America. Among them are 24 members of the European Parliament, 133 senators and members of national parliaments, that are also members of international organizations, including the Parliamentary Assembly of the Council of Europe, eight mayors and ministers, 126 heads of information and analytic centers and public figures, as well as 21 former members of parliament," Slutsky specified, noting that 15 of them had turned down the invitation.

The lawmaker stressed that Russia expected objective assessments from observers.