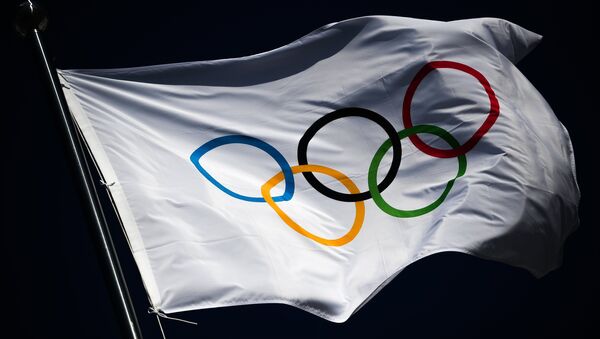 As we leave the XXIII Winter Olympics in the rearview mirror, let's take a look back at what made these Games: the good, the bad, but most importantly the weird and funny.

Of course, the most important story to come from Pyeongchang ahead of the Games was the diarrhea outbreak that took down most of the Olympic security guards. What a terrific start. But let's get serious and go through some of the major disciplines one by one.

Austria's Anna Veith was the overwhelming favorite to win the Super G, but Czech snowboarder Ester Ledecka, who'd long competed in both sports, flipped the script. Ledecka had never made a podium before and couldn't belive it herself when the board announced her as the winner. 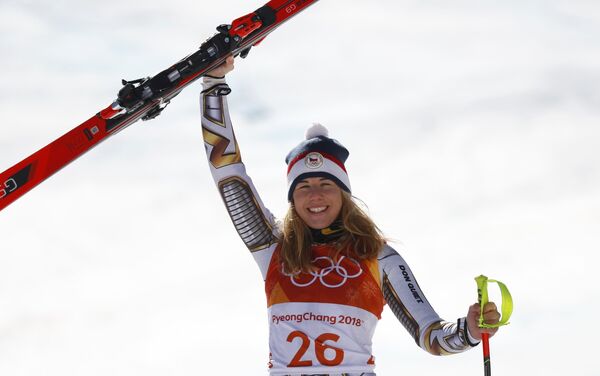 Meanwhile, Mexico didn't medal, but their outfits certainly made up for that.

Martin Fourcade missed out on the chance of becoming France's most decorated Olympian ever, but the photo finish to edge over Germany's Simon Schempp for his second of three golds was pretty sweet.

​Belarus got the win in the women's 4x6km relay, but when Darya Domracheva grabbed a Belarusian flag from a fan on her way to the finishline, it did't make it all the way through.

The Nigerian women's team, started with a GoFundMe campaign, became the first ever from Africa. Obviously, they didn't come close to medalling, but who cares, this is great. 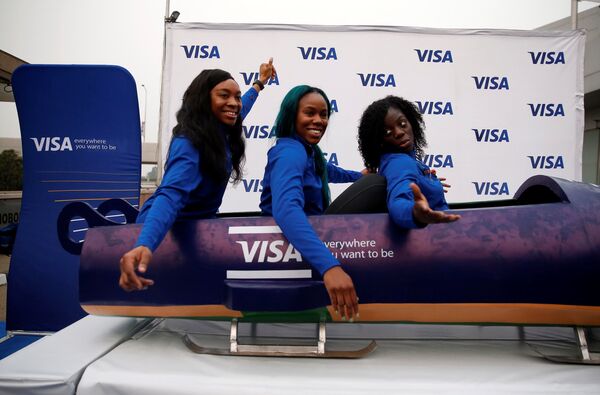 Nigerian Women's Bobsled Team Ngozi Onwumere, Akuoma Omeoga and Seun Adigun gesture in a bobsled upon their arrival in Lagos, Nigeria, as part of preparations ahead of the 2018 Pyeongchang Winter Olympic Games, February 1, 2018
© REUTERS / Afolabi Sotunde

For the first time in 20 years, two countries shared a gold medal, when Germany and Canada finished their four runs with the same time in a two-man event. They should probably come up with some sort of a bobsled-shooutout.

As expected, Norway's Marit Bjoergen has won her 14th Olympic medal since 2002, becoming the most decorated Winter Olympian ever, while the US medalled for the first time in 42 years with Jesse Diggins and Kikkan Randall snagging gold in the team sprint.

Another unexpected triumph for USA here. John Shuster's squad was on the brink of elimination during round robin play, but in the end upset Canada in the semis and shocked Swedden in the title game.

Unbelievably enough, another Russian was accused of doping at the Games: Alexander Krushelnitsky's bronze in the mixed doubles was taken away. To most sports fans curling is something you could easily do after a couple of pints at the bar, but maybe that's not the case after all.

The most decorated ice dancers of all time, Scott Moir and Tessa Virtue of Canada won another gold in what was almost surely their final Games, while Japan's Yuzuru Hanyu stole the show to take his second straight Olympic gold.

We've already said plenty about the new figure skating queen Alina Zagitova, who stole the hearts of Russian fans. The women's singles really came down to the battle between the two teenaged teammates:15-year-old Zagitova and 18-year-old Yevgeniya Medvedeva. And Zagitova claiming Russia's first gold of the Games by a mere 1.3 points was a fitting conclusion to this internal rivalry. 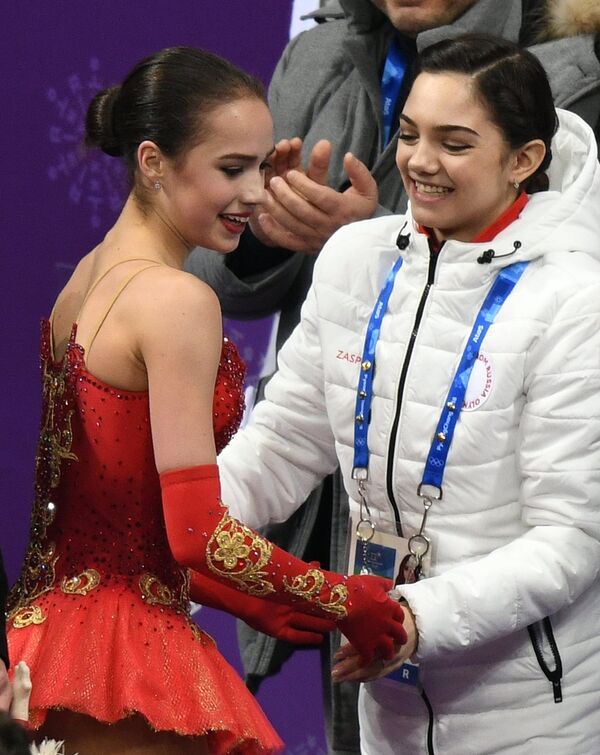 A forgetabble run for Canadian hockey at these games: the NHL-less men lost to Germany in the semis only managing a bronze, while women's final against the US went to a shootout, where where Jocelyne Lamoureux-Davidson's beautiful score proved to be the decider.

​Russia's hard-fought win over Germany in the final gave the country its first Olympic gold in 26 years. Nothing but the utmost respect for the Germans, who claimed their second Olympic medal ever. 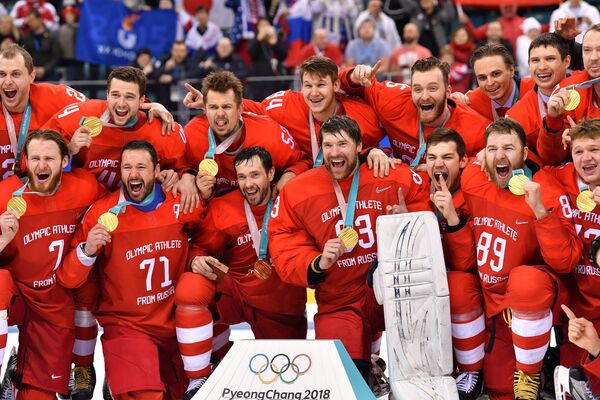 Germany absolutely dominated the discipline, sweeping the podium in the large hill/10km event and taking the gold in the team race.

It might not be the most popular sport at the games, but it definitely had the coolest helmets. After all, when you're sliding down the track head first, it makes sense to let the helmet do the talking. 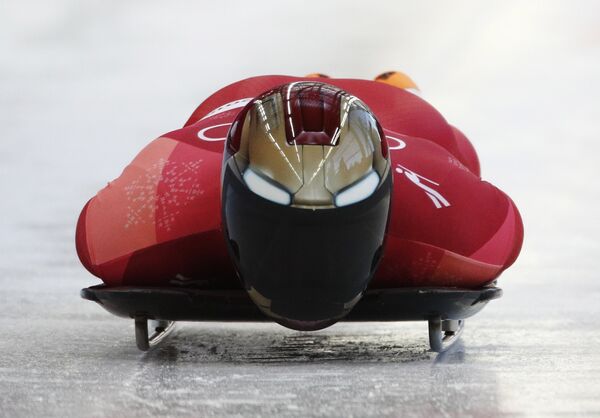 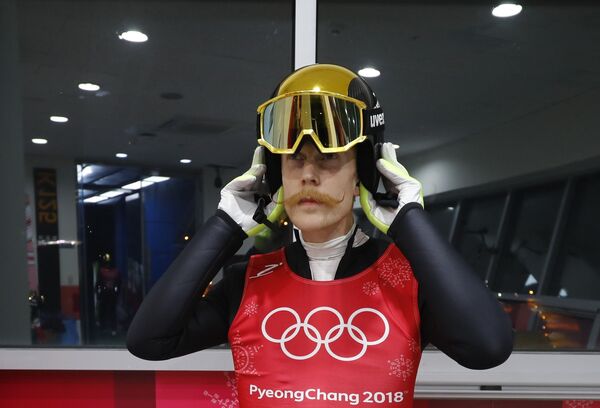 Despite strong challenges from Japan's Ayumu Hirano and Australia's Scotty James, snowboarding king Shaun White of the US took home another halfpipe gold.

And of course, we'll never forget the lucky squirrel.

The Games attempted to bridge the gap between the two Koreas — they even marched together at the opening and closing ceremonies — but North Korean skater Kwang Bom Jong wasn't interested in sportsmanship and was disqualified after falling and trying to pull down his Japanese opponent.