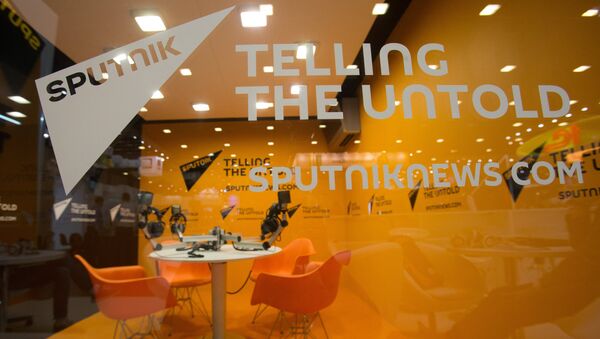 Slovakian news agency TASR on Thursday published a piece of news announcing the cancellation of the contract with Sputnik a day after the agreement on cooperation was signed.

MOSCOW (Sputnik) — The news about the annulment of the deal came after reports of Jaroslav Reznik, the TASR CEO, having been invited to attend the session of the Slovak Parliamentary Committee on Culture and Media to provide information on the cooperation with Sputnik. At the same time, major Czech and Slovak media began accusing TASR of signing an agreement with a "pro-Kremlin agency."

"It is obvious that the European Union is systematically renouncing the freedom of speech and trying to control information sources. The TASR office confirmed yet again that the authorities in Slovakia are telling the media who is their friend and who is their enemy," Sputnik press service said.

It is important to note that throughout the talks on the contract with Sputnik, the management of TASR did not have any doubts about the agency's reliability and professionalism. It was proved by the words of the Slovak agency's editor-in-chief who said during the talks that "TASR is always glad to cooperate with reliable foreign media."

Sputnik Signs Cooperation Agreement With Slovak News Agency TASR
Sputnik's work, which is led in full compliance with relevant laws, has been repeatedly obstructed by EU member state's authorities. In November 2016, the European Parliament adopted a resolution called "EU strategic communications with a view to counteracting propaganda," that aimed to restrict the activities of several media, including Sputnik.

Baltic countries have also been actively impeding Sputnik's work. In the spring of 2016, Latvia blocked the website of the local branch of Sputnik, purportedly over its breach of the resolution of the Council of the European Union related to the threat to Ukrainian sovereignty.