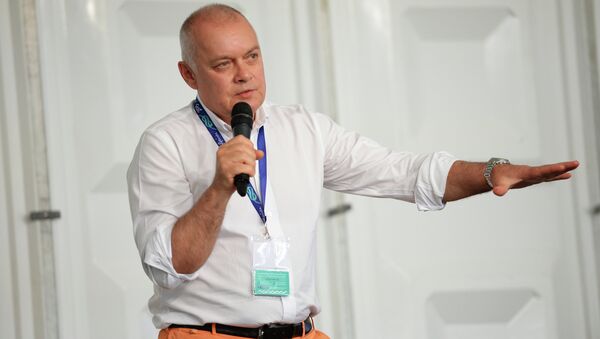 "Information cooperation is a crucial step forward in SCO development. We see our task as expanding dialogue with our colleagues, starting joint projects aimed at bringing the SCO countries closer together, and promoting neighborliness and trust," Kiselev, the forum chairman, said.

Liu Zhengrong, secretary general of Xinhua News Agency and head of Xinhua’s delegation to the SCO media forum, stated that SCO is an important platform for safeguarding regional peace and stability, promoting common development since its establishment 14 years ago.

"As media organizations in SCO member states, we are expected to enhance exchange and learn from each other, and to deepen cooperation while upholding the ‘Shanghai Spirit’ of mutual trust, mutual benefit, equality, consultation, respect for cultural diversity and pursuit of common development," Liu said.

Forum participants compared notes on media development in the SCO space and discussed challenges and mechanisms for addressing them jointly. Experts analyzed political, economic and technological factors, as well as unique national indicators in media development, the interaction between media, the public and government, and the role media play in international relations, including in the context of integration.