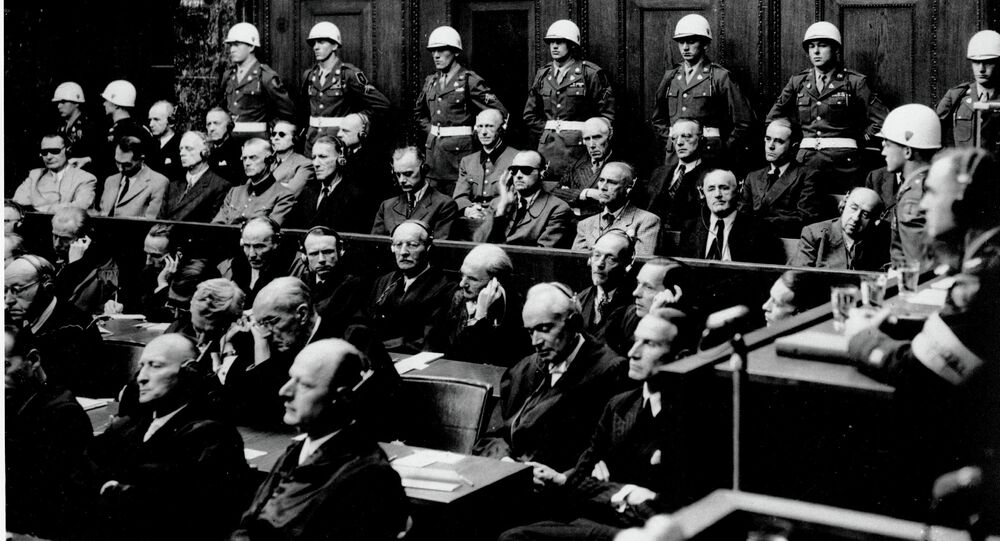 I once published a series of articles on "The metaphysics of ethnic Russian and national Russian civilization". The key word here is "metaphysics." We define this category the way it was defined by German philosopher Martin Heidegger: Metaphysics deals with "ultimate questions." However, where there are questions there should be answers. From our perspective, if metaphysics is about "asking ultimate questions," then philosophy is, ideally, a sum total of "ultimate answers."

Unfortunately, in the modern post-Kant, post-Marx and post-positivist philosophy there are probably more and more questions and fewer and fewer answers. The reason evidently is that in the second half of the 20th century, philosophy mutated into philosophizing metaphysics, where asking questions and giving a variety of answers — not even answers, but interpretations — has become the norm.

Russian philosopher Alexander Zinoviev was the first to criticize the concept of "the norm," based on the laws of formal logic. (Suffice it to recall the dialogues between characters from Zinoviev's famous novel Yawning Heights about the "normal.") He also made an attempt to lead modern philosophy, at least post-Soviet socio-political philosophy, from its paranormal metaphysical state, making its "ultimate questions" as concrete and pointed as possible, and restoring that philosophy's public nature and high social value. As a result, in accordance with Zinoviev's re-established tradition, representatives of domestic public political thought can no longer abuse metaphysics and scholastics, and have to search for answers to the growing number of questions about the increasingly arcane present.

In principle, Alexander Zinoviev, being a consistent post-Marxist, thought and acted in line with the fundamental postulate formulated by Karl Marx in his famous Theses on Feuerbach, namely that "philosophers have hitherto only interpreted the world in various ways; the point is to change it." (Incidentally, on September 24, it will be 60 years since Alexander Zinoviev defended his PhD dissertation on Marx's Capital, specifically the correlation between the "abstract metaphysical" and the "concrete.") We needed such a long introduction — from Heidegger to Zinoviev — to substantiate the following thesis: the transition from interpretation of the world to concrete action taken to change it is in fact a transition from science to ideology, and from ideology to a fundamentally new socio-political practice.

The methodology of knowledge has always served as a bridge from humanities to ideologies. So, if gnoseology is an understanding not simply of the laws of the Universe but of the laws of the perception of the world, i.e., that which has historically been happening in real time in humankind's collective consciousness and in the minds of millions of individuals, then methodology is not only about the laws and instruments of knowledge developed by science, such as logic, but also ways of perceiving the world, plus an author's interpretation of processes that are going on in the world.

According to US sociologist George Ritzer, there are five methodological paradigms in modern social sciences (in reality, there are more than that), in other words, five viewpoints, or underlying models of interpretation on which various ideologies are built. Each paradigm is based on the authors' individual/collective approach to objective reality, and in this sense any paradigm is a subjective space, and as we know, any form of conceptuality begins with subjectivity, i.e., putting the focus on some conjecture arising from an author's specific interest. And since there are a great many methodological paradigms, speculative assessment of the reasons why a particular paradigm is chosen as a key to the formulation of Russia's new ideology seems unproductive. Considering that methodology posits not only the definitiveness of the instruments of knowledge, but above all, the clarity of the goals of any intellectual activity (which are therefore always paradigmatic), we believe that a key criterion in the assessment of an author's choice of a particular paradigm of knowledge, interpretation of the world and political conceptualization, is GOAL SETTING. This is nothing new. Lev Gumilev, in his book Ethnogenesis and the Biosphere, stressed the need for a PHILOSOPHEME in any interpretation, as its absence "violates the principle of inductive analysis." Max Weber, the founder of "interpretive sociology," noted that understanding is the process of the cognition of social action through the MEANING attributed to it by the subject of that action.

Therefore, the formation of an ideology is a reverse process in relation to the evolution of knowledge from the statement of a fact to its interpretation, and then to the understanding of its essence: after ascending to the understanding of the substance and meaning of particular processes (from the particular to the abstract), an ideologue then "descends" to building new interpretations based on the political goals that he is pursuing (from the abstract to the particular).

Despite its methodological power, unfortunately, Marxism became a source of disingenuous demagoguery in theory and in practice: Bolshevism (administrative quasi-socialism). This is largely attributed to the invention of the formational approach toward an analysis of ongoing social processes. And this approach (Marx, Arnold Toynbee, Walt Rostow, Daniel Bell and others), which has predetermined the fashion for so-called formational paradigms in ideological concepts viewing the historical process as consecutive changes of socio-economic systems, has over-dogmatized the humanities in the East and the West.

It should be said that formational doctrines are still among the most popular constructs in world public-political thought. However, this is not because they best interpret the world. The description of world processes as a change of "formations" creates the illusion of understanding the laws of social evolution, and consequently, the illusion of predicting the future, which greatly agitates the mass consciousness. Formational paradigms concentrate a researcher's attention on the qualitative parameters of historical processes: technological and institutional development, the types of social relations, the character of political and information-communication systems and so on, while absolutizing TIME, in the form of historical "growth stages" and "development cycles." Therefore, another variation of cognitive-ideological paradigms absolutizes the significance of SPACE.

In the context of the spatial-geographic parameters of the subjective nature of modern politics, it is important to mention the well-known classification by US political scientist Samuel Huntington, who explains the advantages of civilization methodology, singling out four traditional description paradigms: when world processes are regarded in the context of globalization, or as a result of the struggle of superpowers, or as competition between countries and ethnic groups, or as "world anarchy." Huntington describes the fifth, civilizational paradigm, as the only adequate and effective conceptual paradigm at present. In his opinion, by viewing the world in terms of seven or eight (local) civilizations, we avoid a lot of difficulties. This model does not sacrifice reality to theorizing, as in the case of a unipolar or bipolar world; at the same time it does not sacrifice abstraction to reality, as in the case of statistical and chaotic paradigms. This provides a simple and clear picture of the world and an understanding of what is important and what is not important amid numerous conflicts, predicts future development and offers guidelines to politicians.

Well, the American political scientist is basically right: the civilizational paradigm is becoming the most convenient instrument for the perception and understanding of essential phenomena and for geopolitical and other types of prioritization in the 21st century, separating the important from the unimportant (for example, separating the Russian World's civilization-and-value opposition to yet another contender for global domination from the Banderovites, with their animal instinct for gathering into a pack of jackals, marking with blood the territory seized by the Nazi Union). This is why at present the civilization theory — not the liberal idea, as alleged by Francis Fukuyama, Immanuel Wallerstein and its other proponents — is the only concept that is not just comparable to the Marxist theory, but that can replace it as a new socio-anthroposophical theory and ideology that, in our view, is becoming a sound cognitive-conceptual foundation for humankind in overcoming the growing humanitarian catastrophe.