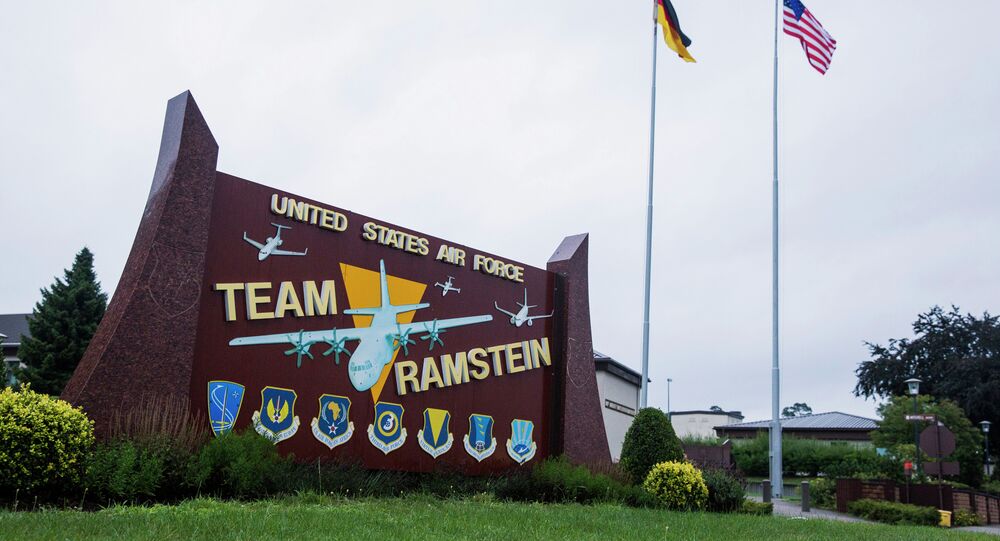 My 40-year-long relationship with my poor beloved Germany has had its ups and downs. Germany, the realm of mist and steam, as Alexander Pushkin put it, has seen many things happen in its rich history — great philosophers, heavenly music, rich museums and breakthrough science, as well as book burning, the Kristallnacht and all the other crimes that made civilized humanity shudder in horror and will never be remembered otherwise.

Golo Mann's Deutsche Geschichte des 19. und 20. Jahrhunderts (The History of Germany since 1789), which was published in 1958, contains an interesting and seemingly paradoxical phrase: "Germany has no natural borders. Much more important for Germans is their median location between the Romance and Slavic peoples… It is this location that explains Germans' cultural superiority over Slavs." How do you like that?

Is this why Germans always saw their Drang nach Osten (Yearning for the East or Push Eastward) as inevitable and serving the interests of the global civilization, or even as their geopolitical cultural mission?

The stubborn idea of German superiority and accompanying cultural expansionism invariably resurfaced when Germany grew stronger. As you can imagine, Germans never limited themselves to cultural domination. Even if we assume — purely hypothetically — that Germans are fundamentally a peace loving nation, the "perfidious Albion", which always wanted to play "great games" in Europe and globally, invariably created a situation in which romantic and chivalrous Germany became the world's biggest aggressor.

German history has taken a course that linked it inseparably with almost everything that happened in Europe… Take the 20th century, which had promised such a bright future. But it was also a time when the proponents of the tainted myth about the superior German spirit and Germany's indestructible might yielded to the bait of the British geopolitical idea of ruling the world, only to suffer defeat and total devastation twice…

Britain managed to remain the leading power in Europe and the world by cleverly pitting its main rivals — Germany and Russia — against each other. Germany entered world wars believing that it was fit to become the master of Europe and the world, while in fact it was being manipulated by Britain, which wanted this place for itself. On the other hand, Germany would not have allowed this to happen had it not been driven by imperial ambitions based on the belief in German superiority.

Germans were routinely forced into the role of a geopolitical gendarme of Europe in general and Russia in particular, as Karl Marx and Friedrich Engels wrote. At the same time, German and Russian cultures are linked by the influence they had on each other's language (after all, the first Russian grammar was written by Germans), science, the arts, diplomacy and the military art. Germans, who should have tilled land, built cities, composed music and written novels, were forced to solve the problems and protect the interests of other masters.

The last century of the second millennium, the 20th century was a period of unprecedented progress but also the end of history, with the bloodiest wars in human history that resulted in unheard-of migration flows. The German spirit is omnipresent wherever we look — in history, politics, religion and economy. For better or worse, Germans suppressed other nations and changed their history to prove to themselves that they have a special mission, and that the end justifies the means.

Easily indoctrinated, infatuated with their national idea and driven by their geopolitical aspirations, the militant and romantic German nation twice disregarded the warning of Otto von Bismarck, their wise chancellor, who said that "with the Russians you should use fair play or no play."

It appears that Germany is set to suffer its third historic defeat. This is not because it is masochistic. My poor Germany has lived through the Weimar Republic, the Third Reich, the Nuremberg trials, and the merciless post-war denazification. I remember a horrific scene from Richard von Schirach's memoir of growing up as the son of Baldur von Schirach, who was convicted of crimes against humanity at Nuremberg. He writes how an American officer asked him, a child, about his family's nationality. "We are Germans," Richard replied. "Give me your hand," the US officer replied, and when the German boy complied, the American officer stubbed a cigarette out on his hand. "Remember, you are not Germans, you are all Nazis."

There is no justification for the collective madness of such an advanced country as Germany, which was pitted against Germany's only ally that understood it — Russia. It was done for the sole purpose of preventing the formation of a Berlin-Moscow axis.

Germany lived through the United States protectorate over its western part, when everything on which the country's life depended was dictated and controlled by the Americans, including textbooks, the constitution, employment and, of course, culture. It was a time when people practically had no right to say that they are Germans. Worse still, they were taught to be ashamed of their country. My poor Germany. This feeling of sadness dominated our meetings with Hans Magnus Enzensberger, the idol of German intellectuals in the 1970s; publisher Klaus Piper; film director Kurt Hoffmann; writer Horst Bienek; and Germany's most eminent music critic Joachim Kaiser, who had encyclopedic knowledge about music, literature and history and captivated thousand-strong audiences with his lectures…

The generation that survived those trials and tribulations and recognized its responsibility for starting the Second World War, German militarism and the compulsion to conquer new territories, is dying out.

Unexpectedly, we are seeing the return of the Nazi disease. It appears that it was not defeated by the Nuremberg trials but continued to lurk in the Cold War doctrine, the expat settlements in Chile and Argentina, and the corridors of MI5, resurfacing in East Germany, whose population was indoctrinated with the communist ideology more strongly that the other eastern and central European members of the Soviet-led socialist camp.

Germany celebrated its reunification in 1989 with champagne, but the aftertaste was unexpectedly bitter. The downtrodden East German brothers were soon derisively called Ossies (Easties) despised by their more fortunate western brothers, Wessies, who considered themselves to be the true Germans.

Like it is happening in Ukraine today, Germans were gradually and inconspicuously pitted against each other.

That unexpected transformation was painful and left deep scars in the mentality and behavior of the Ossies, once the docile socialist lambs who have cast aside the communist oppression only to turn into avengers, trampling their country and history.

Germans seem to be moving in circles, from lofty classical philosophy to Hitler's Mein Kampf, and from Bertold Brecht's revolutionary verses to Horst Wessel Song, the co-national anthem of Nazi Germany.

Bowing to the winds of political change, the politically correct Germans, who had survived all types of suffering and had accepted as holy writ the post-war constitution that implied the historical guilt of all Germans to the fifth generation, were suddenly afflicted with divided consciousness, a craving for compensation and political truth, and a desire to bring Hitler's cause to its logical conclusion.

My poor Germany is being again played off against Russia and forced to approve more anti-Russian sanctions. The devious method chosen against Russia was the incitement, with Washington's prompting, of the late 20th-century type of neo-Nazism in Ukraine, where the ground was prepared in advance by anti-Russian hysteria. Removing radioactive political waste from the distressed and exalted Western Europe, where public protest was growing stronger by the day, seemed like a good idea.

It was also a fresh attempt to use Germany to get rid of the ever-living Russia.

Who will then politically correct Europe blame for what has happened in Ukraine? My best guess is Germany and the United States. But the United States is far away across the ocean, while Germany is within easy reach. It has always been easy to blame everything on Germany, both collectively and discretely and in all historical and political contexts. Those Germans!

Oh my poor Germany! I'm not being sarcastic. I'm writing this with a feeling of deep compassion for Germany and Europe, which the overseas "partners" are forcing to act as their pawns in a new world order.