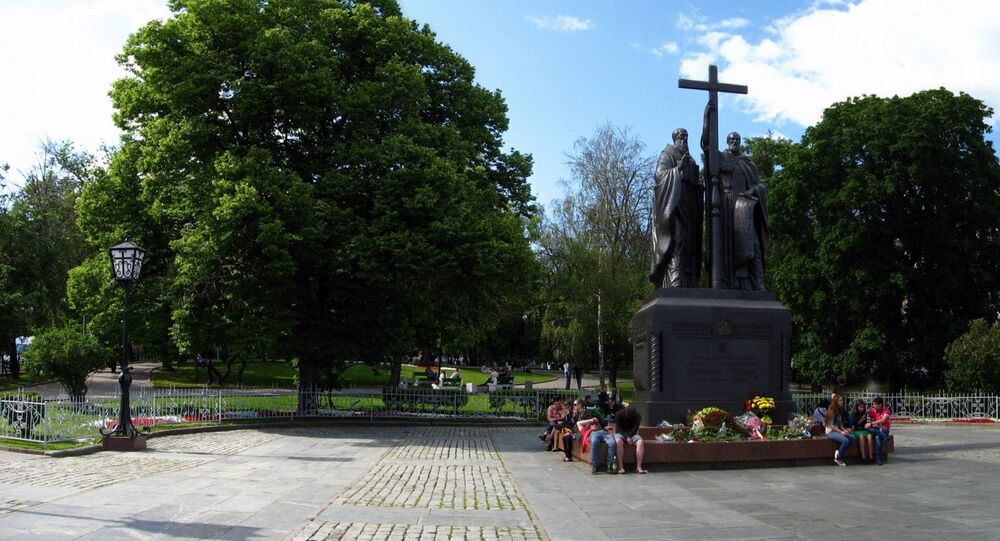 Our Motherland’s Language Is in Jeopardy

The Russian language faces forcible destruction, says Olga Zinovyev, co-chair of the Zinovyev Club. She believes the geographical scope of its use should be restored and expanded.

Olga Zinovyev — The Russian language is facing forcible destruction, even though the scope of its use goes far beyond the political and geographical bounds into which the world community is anxious and eager to push us. Restrictions, like a bandage put over the mouth of hostages, include the imposition of a fine on those in Ukraine who are "guilty" of using their mother tongue and of upholding national values, as well as economic sanctions against our country… This is an old story, which did not begin yesterday, a protracted vendetta against the Russian world, but in the 21st century it is acquiring the character of a dangerous epidemic.

There's a reason why, on June 9, 2014, our country's president made the decision to establish a special Council on the Russian Language, one of its main tasks being the protection and support of the Russian language in the Russian Federation and abroad, strengthening its positions in the world and expanding the geographical scope of its use.

The sharp rise in the aggressive activity of the world's main strong-arm power, which is bordering on outright hostility against Russia and all things Russian, shows, among other things, that the advantages and the unquestionable supremacy of the Russian world last century have become intolerable for the architects of the new geopolitical arrangement of forces in the world. From the vantage point of the USSR in the 20th century, it would have been inconceivable to imagine the ugly scene that occurred at the UN recently, when Russia's official representative was told in no uncertain terms that we, the losers in the "cold war," should keep silent and obediently follow directives from the leading countries, to which we no longer belong, after being expelled from the G8.

It is not enough for unipolar world strategists to conquer the much-coveted Russian expanses from Kaliningrad to Vladivostok, or our country's vast subterranean mineral riches. They want to destroy the country itself with its invincible spirituality and culture, so that the territory called Russia disappears from the geopolitical map of the world.

Furthermore, they have set a course to strike us out of world history, world culture and science, and to that end, to destroy the language of Lomonosov and Pushkin, and Kuprin and Paustovsky, replacing it with newspeak in the form of likes, smileys and connections, and reducing the boundless world of the Russian language and literature to interjections and profanities, the teaching of which has become an obsession with American professors of Russian at Maryland University and US Army language schools, which are scattered throughout the world.

Funding from the across the ocean generously flowed into all spheres of life in post-perestroika Russia, and was planned for a limited period, based on the assumption of quick payback, after which ordinary investors get together and divvy up their profits.

Still, my country is alive!

So the question has been posed point-blank: What is to be done about Russia, into the destruction and conquest of which such efforts and resources have been sunk, at least over the past two centuries, that had they been used constructively, poverty in the world would have been eradicated long ago.

The main problem of the Russian world: We are preventing the US from completing the final repartition of the world. We are not succumbing to its plans.

It's our fault they are famished, according to Ivan Krylov's fable. Fatigue and irritation have affected almost all countries in the world that expected the "Russian miracle" to come to an end in 20 years, in the estimate of Russian question specialists in the West. Russia was given 20 years to disappear completely. It seemed that Russia was smashed, losing all advantages in the world arena, with all of its former friends and satellites turning their backs on it. It seemed that the maximum of treachery and baseness was employed in ensuring that the Anglo-American language supremacy of colonial democracy prevailed in our home: in the form of badly translated school textbooks used to teach our schoolchildren; in the form of English-language advertising; in the form of the deliberate American accent used in TV shows; in the form of testirovaniye, not proverka [both words mean "testing" in Russian], as it should be in a normal independent state with its own great history and inexhaustible literary wealth, which sets our world apart from the Western world.

The first and main trend observed throughout the post-Soviet space is the forcible restriction of Russian language's sphere of influence, its forcible weaning off the breast of Mother Russia. This policy was pursued ingeniously, relentlessly and ubiquitously. Suffice it to look at the Baltic states and at Ukraine, especially now. However, in all fairness it should be noted how greatly the mood had changed, say, in the independent Czech Republic of 1992, when Russian-speaking patrons were already heartily welcomed in its restaurants and cafes. The same can now be observed in Estonia, a proud and independent country that has not as yet learned to speak English and German fluently, but is eager to take money from sought-after tourists, especially considering that today these are mostly Russian speakers.

It is vital to formulate a policy to restore and expand the scope of the Russian language's use. And, no less important, all of Russian society should be involved in this effort. The experience of a number of other countries shows that elements of legal and administrative regulation are needed for the use of Russian in the media, civil service and in teaching it at schools and universities. We must put an end to the current trend of mocking the Russian language, which shows up in numerous publications, primarily on the Internet but not only there. It is crucial to step up the efforts to restore respect for our mother tongue and restore the sense of pride over the fact that we have inherited such a unique cultural legacy. After all, it was not so long ago when plays by great Russian playwrights staged at Russian theaters introduced people to this wealth; when spelling was checked against publications in newspapers, magazines and even official documents; when children learned to speak good Russian from wonderful, child-friendly ABC books and well thought-out readers featuring Lermontov, Griboyedov, Bazhov, Yershov, Chekhov, Mayakovsky, Yesenin and Ostrovsky. We remember standing in line at night to subscribe to publications of national classics and literary journals.

The educational value, the safe passage that we have received from our teachers is what allows us to live and think in Russian and remain patriots of our extraordinary Motherland.

The Russian language is the indelible genetic imprint of Russian thinking, which will inevitably be revived and will develop further, just as the flow of Russia's great river, the Volga, never ends.