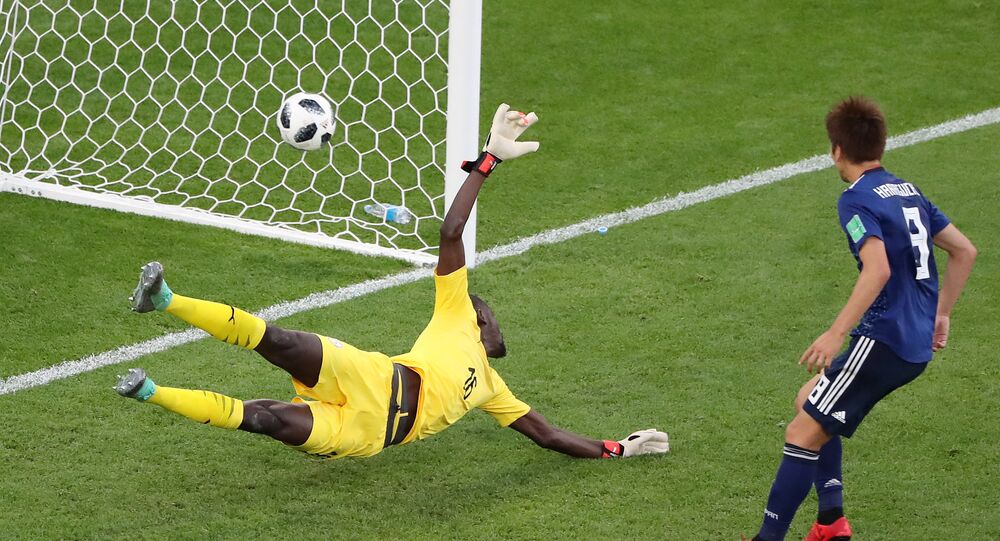 YEKATERINBURG (Sputnik) - Senegal striker Sadio Mane said on Sunday that his side was disappointed after failing to beat Japan in their second World Cup Group H match.

Senegal drew 2-2 with Japan at the Yekaterinburg Arena on Sunday, with Mane, who was named the man of the match, putting his side in front 11 minutes into the game. Despite taking the lead twice, Japan fought back on both occasions to equalize and earn a point.

"Frankly speaking, I think we're a bit disappointed, and it's normal. There was a way to win this match. I think we started the game well. We scored, then they equalized. In the second half-time — the same thing. I think that we started well, we created a lot of opportunities, we were quite dangerous for them [Japan]. We now have a decisive match to qualify next week," Mane told journalists.

Senegal and Japan both won their opening matches at the World Cup 2-1 and are currently top of Group H with four points.

Senegal head coach Aliou Cisse said on Sunday his side had failed to play at the same level in their 2-2 draw with Japan.

"Of course we are sorry we did not win. But I can say that we did not play as well as against Poland, but despite we managed to score twice. I’m disappointed that we conceded twice today. The game with Colombia comes soon, so we will be focusing on the next game now," Cisse told journalists at the post-match press conference.