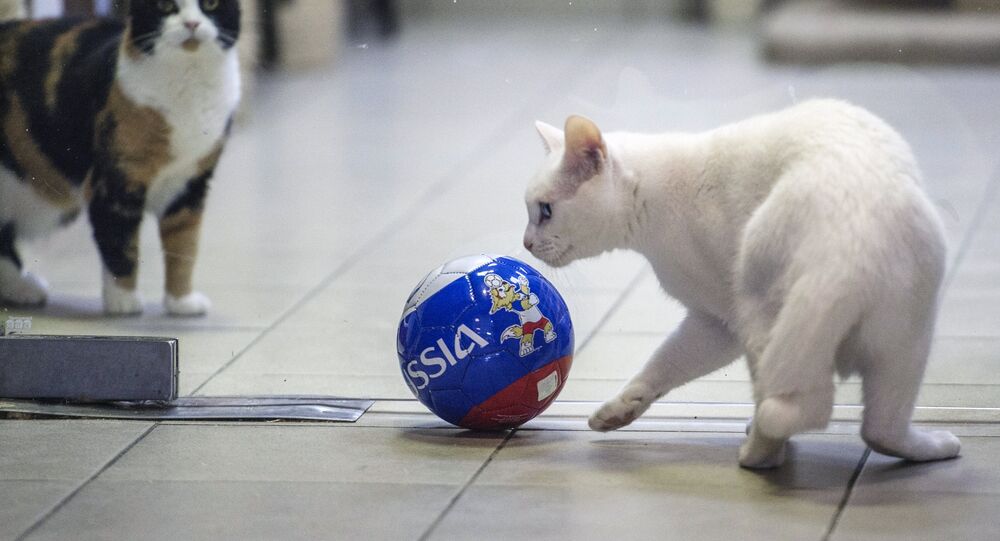 The outcomes of World Cup 2018 matches have been predicted by a plethora of animal foreseers – these are Achilles the cat, who lives in St. Petersburg's Hermitage Museum, a bear called Yakov Potapich from Moscow, all the way to the goat Zabiyaka (literally “Bully”) from Samara.

Some of their predictions have come true, but not a single animal pointed to the Croatian team facing France in the final game.

The trend of animal oracles throughout landmark championships has been around since 2008, which saw the legendary Paul the Octopus, which accurately predicted the outcome of eight matches in the 2010 World Cup in South Africa, including the final game in which Spain defeated the Netherlands. The octopus lived for two years and died in an aquarium in the German city of Oberhausen, which now boasts a monument in honor of the legendary Paul.

The number of oracle animals has skyrocketed since then, with nearly every World Cup host city introducing its own fluffy or not so fluffy foreseer.

The honored title of official oracle has been granted to the snow-white deaf cat called Achilles, which is prone to analysis and reportedly is the most sensitive and human-focused feline representative  living on the premises of the iconic Hermitage Museum in Russia’s northern capital, St. Petersburg. As proof of the high-profile status, Achilles was even given a World Cup fan ID, which he carried with him to the stands where he cheered on players, wearing a Russian national shirt during St. Petersburg matches.

By making a choice from differently marked bowls of food, he has already made six accurate predictions during the ongoing World Cup, making only two mistakes so far. He was proved right when foreseeing Russia's wins over Saudi Arabia and Egypt, Iran's victory over Morocco and Brazil's win over Costa Rica. On Saturday, a Sputnik correspondent reported on Achilles’ most recent prediction of Belgium’s victory over England in the third spot play-off.

One of the matches over which most animal oracles, namely Achilles the cat and Pamir the bear from Krasnoyarsk proved wrong was the France-Belgium clash.  The bear Yakov Potapich, who was even aired on Russian state television, made headlines coming up with an accurate prediction: he “bet” on the French, opting for, although with a bit of hesitation,  a barrel bearing a French tricolor flag.

Here are some more representatives that were included in a list of Russian World Cup oracles from the animal kingdom: Kleopatra the tapir from Nizhny Novgorod, Spartak the lemur from Yekaterinburg, Sochi resident Harry the otter and Zabiyaka (Bully) the goat from Samara.

The most well-known oracles from abroad are the gibbon family from Zagreb, Croatia. One of them, Kent, didn’t make any mistakes until the quarterfinals between Russia and his native country, when he “bet” on the former. His spouse and daughter, however, proved right, picking Croatia.

Rostock, a German port town, pins its hopes on female seal Daisy to make the World Cup predictions. In particular, she made an accurate prediction in regards to Germany’s defeat to Mexico in its opening match. She-elephant Zella from Stuttgart, meanwhile, came up with a wrong prediction, promising Senegal a win in the tournament: their squad has already exited the quest, though.

There was a tragic moment as well, as a fisherman caught octopus Rabio, the Japanese oracle, which accurately predicted Japan’s performance at the group stage. Rabio’s meat was subsequently used to make sashimi, while the Japanese squad was surpassed by Belgium in their round of 16 game.