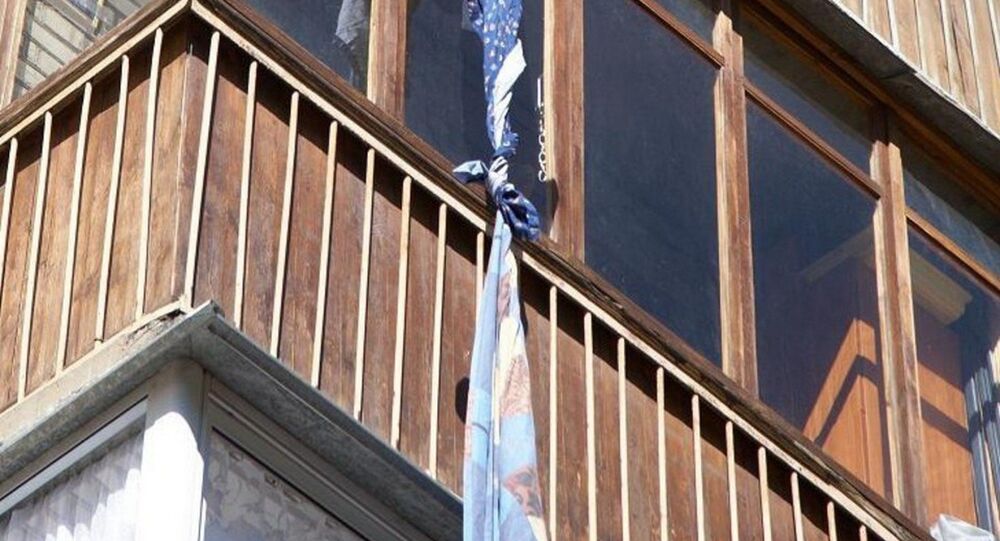 A real World Cup adventure has unfurled in downtown Moscow after three fans met on Nikolskaya Street, the capital’s major football avenue, and made good friends united by their enthusiasm for football and more.

One Canadian fan materialized on the window eaves, hanging on a linen sheet right in front of a bewildered Russian woman, having made his way out of an apartment one floor above, Russian newspaper MK reported. The woman, who by a twist of fate happened to be a linguist and fluent in English reported the case to the police, telling them that the man was vehemently gesticulating and begging her to let him in.

"I’ll leave your place at once, but through a door," he said.

The woman didn’t hear his entreaty and nor did the man give in: without batting an eye, he jumped on the roof of a convenience store just below and then on touching the ground, headed for the metro station.

But there were actually three of them: they came in June to Moscow  from different parts of the world to enjoy the much-coveted World Cup events; having made friends on landmark Nikolskaya Street the group rented an apartment and threw drunken parties, at some point even selling their tickets for the remaining World Cup matches so they could have the time of their lives.

During their latest Bacchanalia, one of the pals apparently had too much to drink and was taken to the apartment and locked there by his friends to get some good and restful sleep.