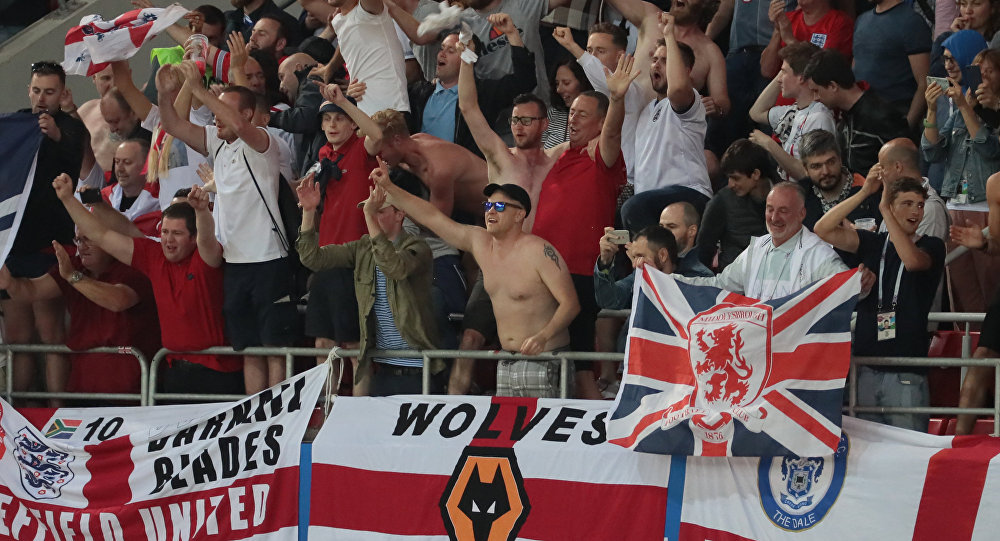 The Scots seem to jump at every chance they get to poke fun at the English, the latest being as they pick their favorites ahead of England's clash against Sweden - and it is apparently clear who these are.

British fans, namely the English and Scots, appear to belong to two strictly opposing camps not only politically and ideologically, but with regard to football as well, as some of them have en masse rushed to demonstrate their support for Sweden, competing with the English in a chaotic meme tournament. Several persons have even opted for a blue and yellow outfit to make their claims more visual:

"Come on Sweden, you can do it for the Scotland, the Henrik Larsson and the Abba," wrote James Ronald.

Some Scottish fans even changed the previously posted Colombian colors in their bios to the Swedish ones on the threshold of the much anticipated match. Interestingly, ahead of the bout with Colombia, memes and other Twitter banter also arrived in abundance:

Handy money saving hint for Scottish people, just buy a Swedish badge and sew it on top of the Colombia badge. Now you can wear that shirt again on Saturday #WorldCup18 #England #Sweden

I still can’t decide if the Scottish people are rooting for Colombia here because of their hatred for England, or because of the connection with the South American nation due to their weekend recreational activities.

The English national squad won a historic victory over Colombia on Tuesday, narrowly surpassing them with one winning penalty score.

In the next stage, England will face Sweden on Saturday in their quest to claim a title in the World Cup semi-finals.