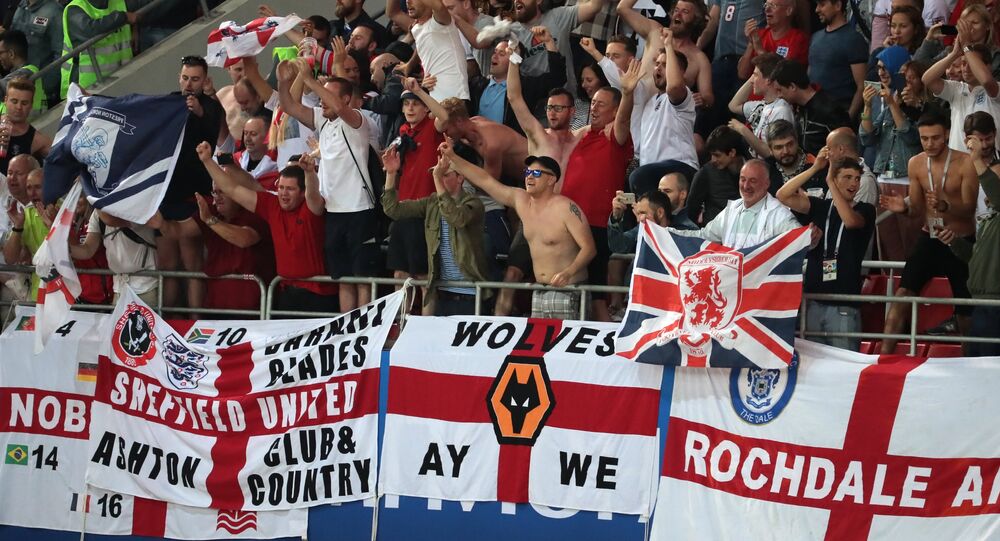 "We don't want to get ahead of ourselves, but I think it is the case that Jeremy believes that if England were to win the World Cup there should be a public bank holiday in celebration," the representative told journalists.

Shadow First Secretary of State Emily Thornberry was the first to propose declaring a public holiday if the English national team were to win the tournament.

© Sputnik / Gregory Sysoev
FIFA World Cup 2018, Round of 16, Colombia - England, July 3, Spartak Arena in Moscow
© Sputnik / Maud Start
Outnumbered: England Fans Left Ticketless Outside Spartak Stadium
"The World Cup is a very special international competition. It's something that brings people together on a very large scale and we need recognition of that and recognition of the importance of football in the country," the representative added.

England beat Colombia 4-3 on penalties in Moscow on Tuesday, after the teams drew 1-1 in extra time. England will now face Sweden in the quarter-finals on Saturday.

Earlier, UK officials and members of the royal family refused to attend this summer's FIFA World Cup in Russia.