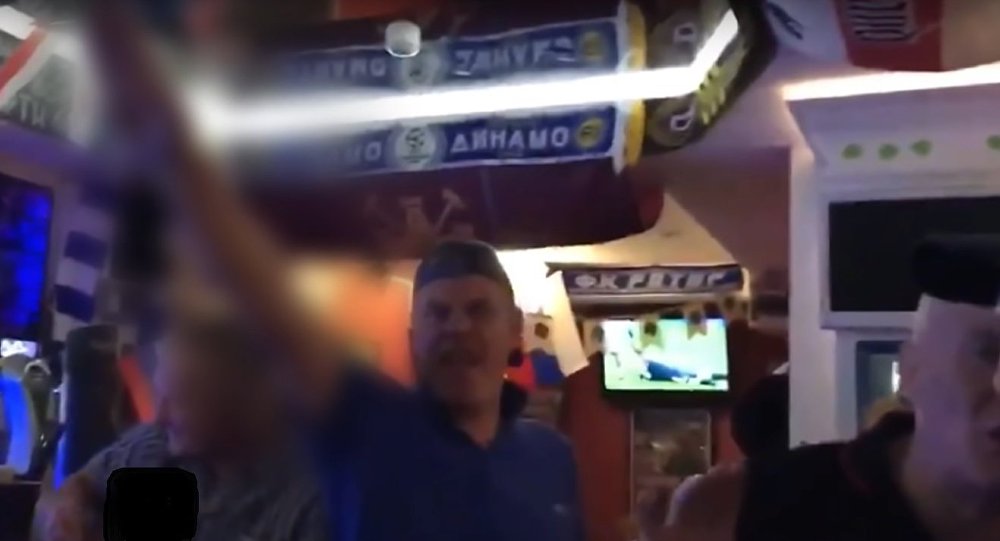 British police have launched a probe into a video where two England fans attending World Cup games in Russia are seen chanting anti-Semitic songs glorifying Hitler and throwing Nazi salutes at a bar in Volgograd.

Two England fans have been banned from attending World Cup games in Russia after they were seen chanting anti-Semitic songs glorifying Hitler and throwing Nazi salutes at a bar in Volgograd in a video posted online, The Telegraph wrote.

District judge Charlotte Holland at Leeds Magistrates' Court described the behavior of David Batty and Michael Burns ahead of the England-Tunisia game at the new Volgograd Arena on Monday as a “disgraceful” act that was "ruining" the feel-good factor being created by the World Cup. 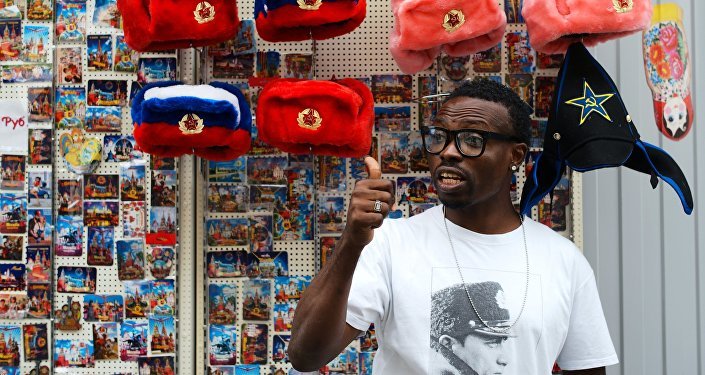 © Sputnik / Sergey Pyatakov
Nigerian Envoy to World Cup Fans: There's No Racism Problem in Russia
“I have seen the activity that you were involved in and seen the still images from what you did. You know that at this time people are getting behind the national team, including children, and your actions are ruining that,” she said.

A spokesman for the England Football Association has slammed the anti-Semitic footage.

“The disgraceful conduct of the individuals in this video does not represent the values of the majority of English football fans supporting the team in Russia,” he added.

According to a statement released by the National Police Chiefs’ Council (NPCC) on Saturday, the two men have been banned from  being within a two-mile radius of any England football match until 2021.

A third man, 57-year-old Michael Herbert, was handed a five-year ban from Leicester Magistrates’ Court on Saturday, the NPCC said.

Another Briton was given a three-year football banning order at Oxford Magistrates’ Court over the weekend following a separate incident on a train near Moscow on June 16.

Russia is hosting the 2018 World Cup, to run until July 15, in stadiums across the country, including Moscow, St. Petersburg and Sochi.

A total of 64 matches will be played in 12 venues located in 11 cities.

The final showdown will take place on July 15 at Luzhniki Stadium in Moscow.