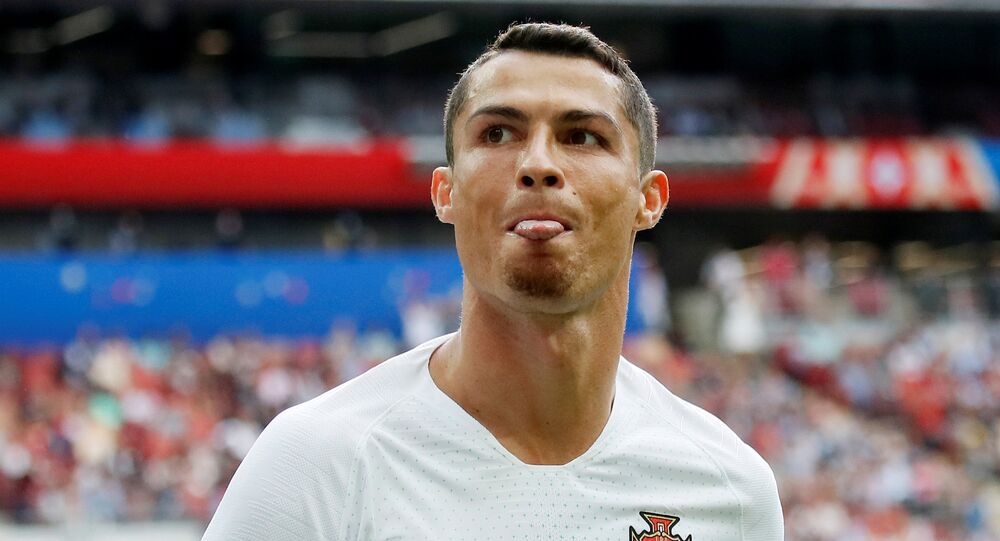 Media Reveals Why Ronaldo Will Grow a Goatee During World Cup

After the goal by Portugal’s captain led the team to their first glory in the tournament following their victory against Morocco, media turned its attention to the Real Madrid star’s facial hair.

Having been asked about his brand new goatee following the game this Wednesday, Ronaldo was cited by Portugal’s sports newspaper A Bola as saying:

"This goatee? It’s a joke I had with [Ricardo] Quaresma."

"We were in the sauna and I started to shave and I left the goatee. I said if I score tomorrow [against Spain last week] I would leave it for the rest of the tournament."

He went on to say that the facial hair style had essentially given him luck, adding that soon after the first game with Spain, he netted another ball against Morocco. "So it stays," the football star concluded.

The 33 year-old is currently a World Cup favorite striker, having been billed the man of the match twice after successfully scoring four times in two of group B's matches. Portugal’s first clash against Spain ended in a 3:3 draw, while on Wednesday, Ronaldo’s team beat the Moroccans 1:0.

In the final match of the group stage, slated for June 25, Portugal will face Iran in Saransk.