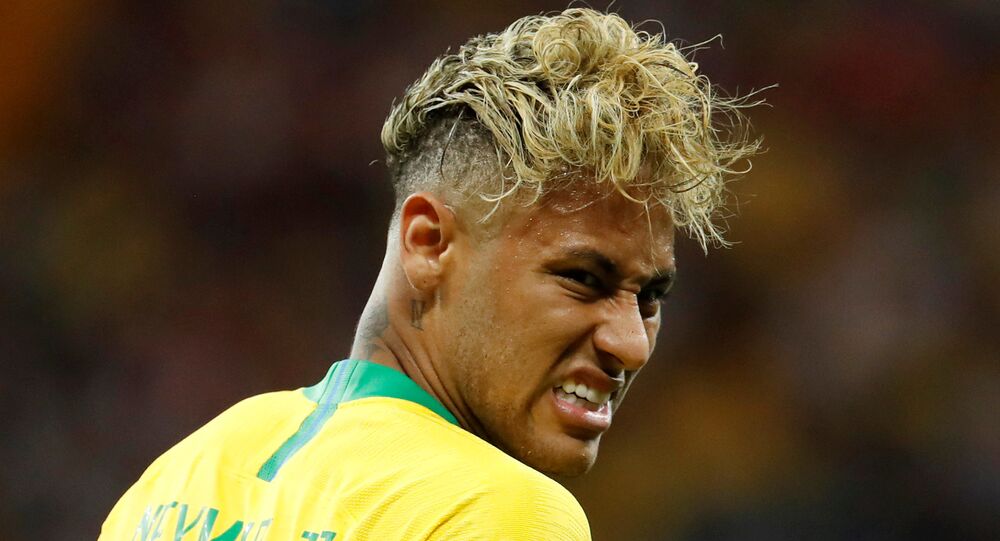 As the Brazilian forward appeared for the first time on television screens prior to the World Cup, Twitter users instantly too notice of his new haircut. The discussion has progressed still further following his team’s unimpressive results during their Sunday match against Iceland.

Innocent Twitter comments by detail-focused football fans have snowballed into a huge meme flash mob; users are most typically posting arrays of hilarious images of noodles or spaghetti, or, alternatively bird nests, which they say Neymar hair bears striking resemblance to.

idk why everyone is mocking Neymar's hair. It looks delicious.

Eric Cantona, a French actor and former footballer for the French national team, also weighed in on the Neymar hair meme flash mob.

One user notably remarked that Neymar would be better off focusing on his performance than his looks:

Neymar probably spent most of his time styling his hair than preparing for the match.

Neymar was extremely poor against Switzerland, let's see if the media slate him and tell him to concentrate on his football and not his hair styles.

Some took his hair for a mop, in light of how frequently the player finds himself lying on the soccer field:

Neymar ruins himself by acting like an absolute bitch. Guy probably screams in "pain" when a bit of wind blows his hair out of place. #BRASUI #WorldCup

One user even paid attention to the extent Neymar progressed in his hairdos over time, putting together a collage of respective photographs. Meanwhile, another man couldn’t help putting up for debate whose haircut is more ridiculous – Neymar’s or Ronaldo’s (in not so distant past).

Someone even "tried" Donald Trump’s straw yellow chevelure on the Brazilian forward, and this is what he arrived at:

On Sunday evening, Brazil squared off against the Swiss; the clash ended in a draw.

At Russia's World Cup 2018, which is currently in full swing, Brazil will next play against Costa Rica on Friday in St. Petersburg. The championship is taking place across a number of Russian cities and will last all the way to July 15.

Sorry Russophobes and Neocons, the World Cup in Russia is Off to a Flyer