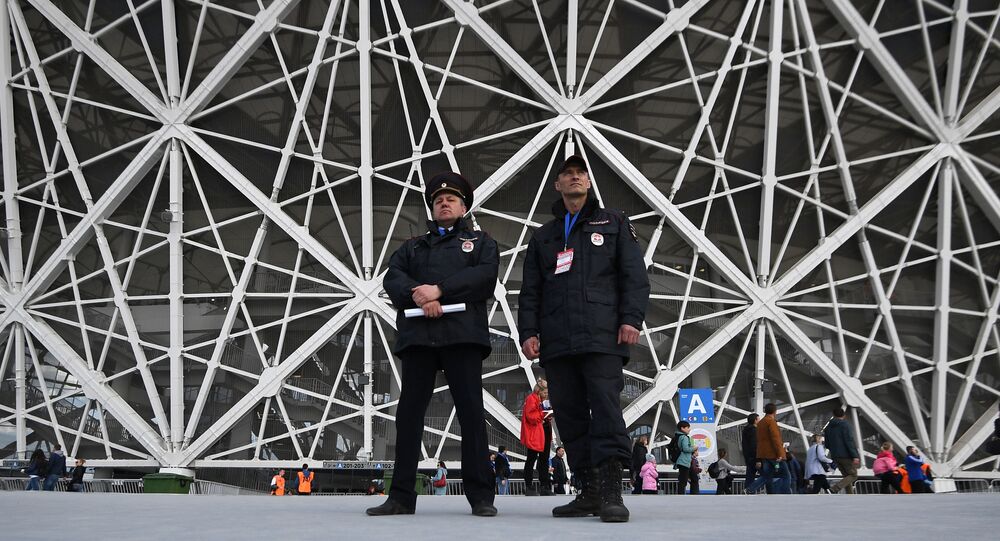 Gianni Infantino, president of football’s ruling body FIFA, said Wednesday he was not concerned about security or discrimination at the upcoming World Cup Finals in Russia.

"I wouldn't say that we are concerned about discrimination, human rights and security but we take them very seriously," he said, as quoted by Sky Sports News.

Infantino promised appropriate measures in preparation for the games and threatened with "serious consequences" for those who discriminate against players. This includes allowing referees to stop, suspend or abandon a match. A monitoring system will be in place and violations will be punished with "immediate sanctions," he said.

"We have established a center for international cooperation that has already started working. As of today a total of 105 representatives of 48 special services and law enforcement agencies from 30 countries have confirmed their participation," Gusev said at a press conference on the World Cup security.

According to the official, cooperation between special services of different countries is a standard practice.

Russia hosts the 2018 FIFA World Cup Finals from June 14 to July 15 with the matches set to take place at 12 stadiums in 11 cities across the country.