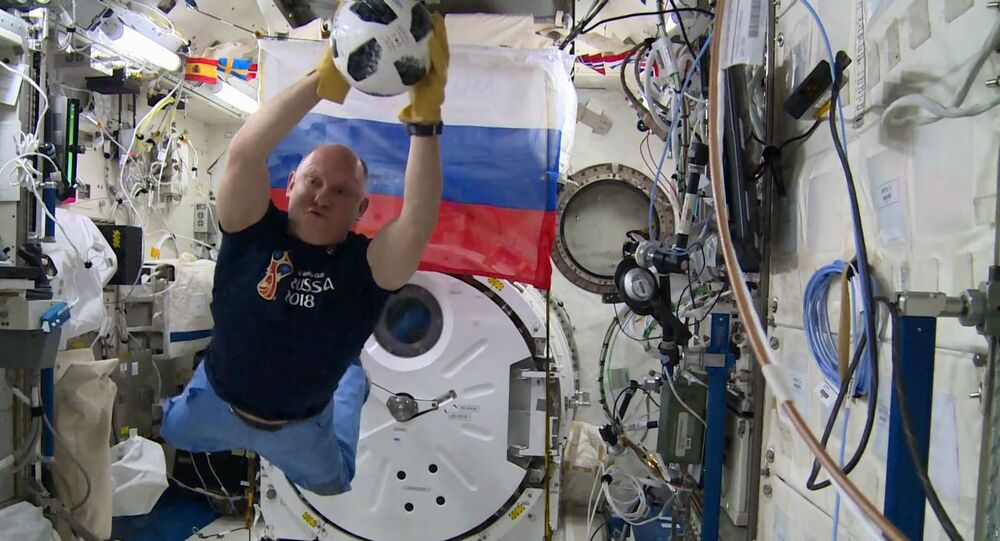 The ball for the tournament was unveiled during a ceremony in the Russian capital last November, in the presence of prominent football stars Lionel Messi, Zinedine Zidane, Kaká, Xabi Alonso and Alessandro Del Piero.

The ball, called Telstar 18, was taken to the ISS in March by the Russian cosmonaut Anton Shkaplerov. It will return to Earth with the crew of the ISS-54/55 expedition and used in the first game of the tournament — Russia versus Saudi Arabia — on June 14.

"An official Telstar 18 ball was brought to the space station for this purpose and it's planned to be returned to Earth with the crew of the Soyuz MS-07 spacecraft on June 3," Roscosmos stated earlier.