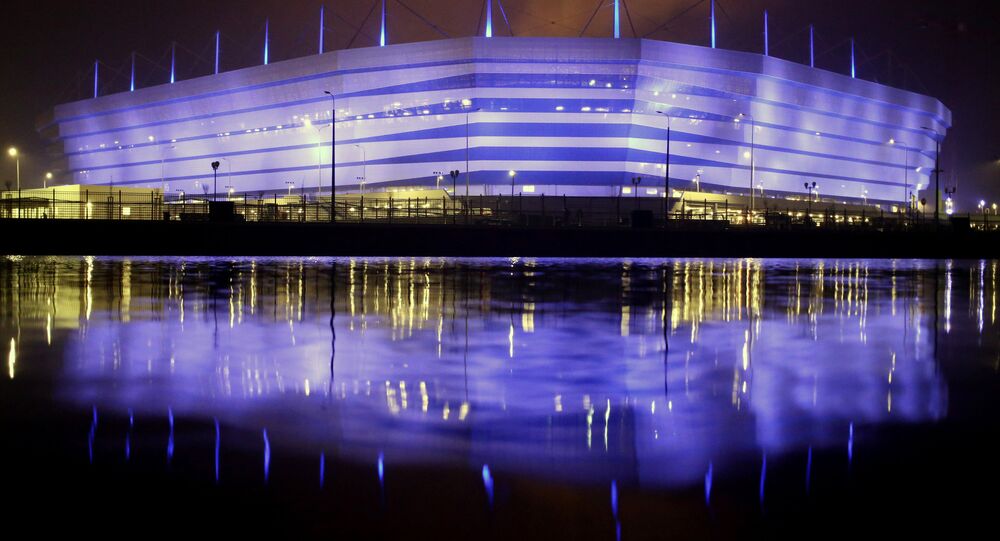 MINSK (Sputnik) - Russian Foreign Minister Sergei Lavrov and his Belarusian counterpart Vladimir Makey will sign an agreement on mutual visa recognition for the 2018 FIFA World Cup and the 2019 European Games during Lavrov’s working visit to Minsk on Tuesday, the press service of the Belarusian Foreign Ministry told Sputnik Friday.

“The foreign ministers will sign the agreement on May 29,” the Belarusian Foreign Ministry’s spokesperson said.

Head of the Belarusian Interior Ministry's Department of Citizenship and Migration Aleksey Begun told Sputnik that there were still some "practical implementation issues" to be resolved before the agreement could be signed.

"The validity period of the agreement, which will be signed on May 29, is until the end of the European Games unless the parties agree otherwise," Begun said.

According to Begun, Belarus and Russia are working on a major agreement on mutual visa recognition, with the negotiation process set to be finished by the end of the year.

© Sputnik / Eugene Odinokov
Kremlin Says 2018 FIFA World Cup in Russia to Be Organized at Highest Level
Belarus proposed two alternative options of temporary agreements to ensure the admission to Russia through Belarus during the 2018 World Cup.

Earlier, the Belarusian Interior Ministry said that one of these options, which included the provisions of the main agreement, was set to be signed in late May and come into force on June 1.