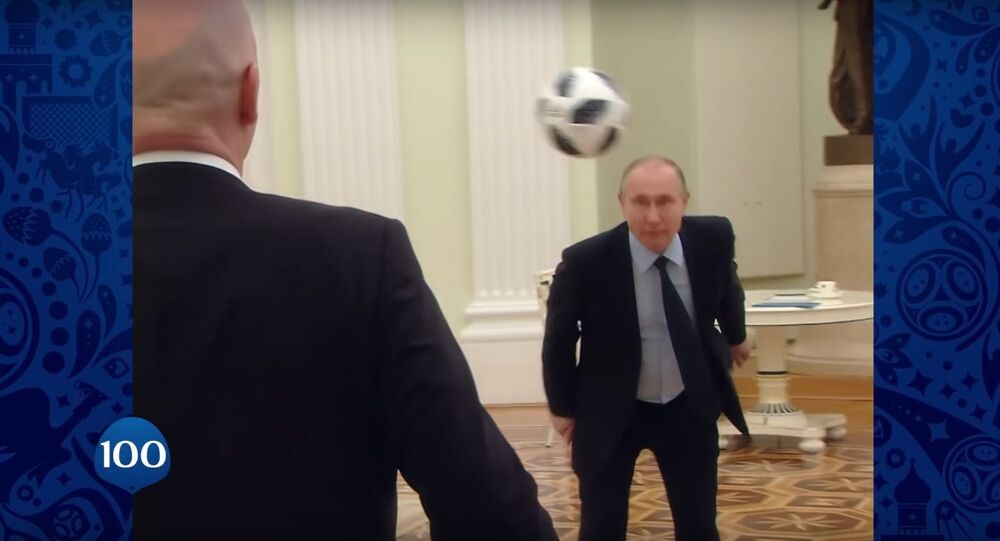 With 100 days left to the start of the FIFA World Cup in Russia on June 14, the International Football Federation released a promotional video for the championship featuring the Russian president.

The video, which was published on FIFA's website, shows Vladimir Putin playing football with current FIFA President Gianni Infantino in the green hall of the Kremlin. In the video, the Russian president makes several passes and even takes the ball with his head, demonstrating unusual football skills.

Beat that! Putin and Infantino kicking a ball around to mark 100 Days to Go until the start of the 2018 FIFA World Cup. #FIFA #WorldCup2018 #Putin pic.twitter.com/wLBPE2kTkp