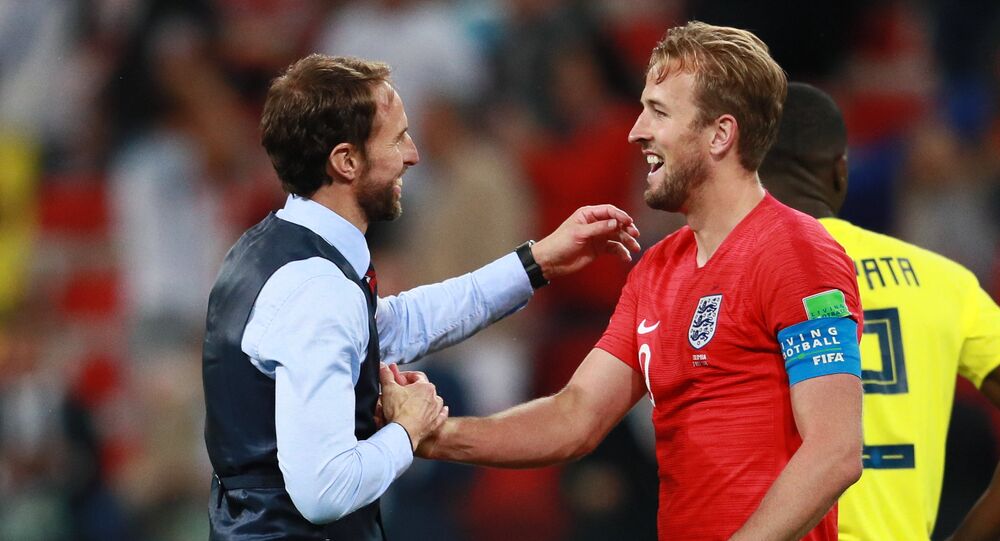 MOSCOW (Sputnik) - England forward Harry Kane became the best striker of the 2018 FIFA World Cup in Russia and will receive the Golden Boot, an award that goes to the top goalscorer of the FIFA World Cup, having scored six goals.

Kane bagged a brace as England beat Tunisia 2-1, scored a hat-trick as his side thrashed Panama 6-1, and netted one goal for his side as they defeated Colombia on penalties.

Three of the six goals were scored from the penalty spot.

Midfielder Denis Cheryshev is the top goalscorer of the Russian national team, as he netted four goals for his side during their home tournament.

England lost to Belgium 2-0 in St. Petersburg earlier on Saturday, matching their result of finishing fourth in 1990.