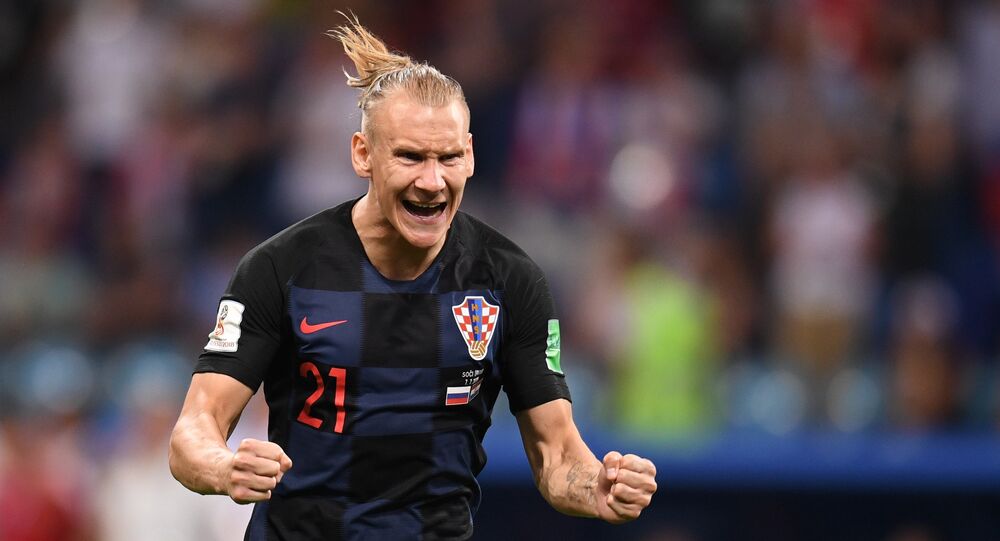 The FIFA Disciplinary Committee ruled that Domagoj Vida would not be sanctioned following the investigation of the second video, in which he is seen holding what looks like a bottle of beer and yelling “Glory to Ukraine!” and “Burn, Belgrade” in Croatian.

"After thoroughly analyzing the second video of the Croatian player Domagoj Vida that appeared in the media and having considered the player's submission, the chairman of the FIFA Disciplinary Committee ascertained that it was recorded before the initial sanction imposed in Vida and has concluded that no additional infringement of the FIFA regulations has been committed," FIFA said in a statement, tweeted by BBC journalist Richard Conway.

Breaking: Croatian defender Domagoj Vida cleared by Fifa following analysis of a second video in which the player was alleged to have made comments infringing Fifa regulations. pic.twitter.com/ZJwJ1ne2PS

Last week, social media saw Vida chanting “Glory to Ukraine!” together with former Croatia national team member Ognjen Vukojevic saying “This is a victory for Dynamo Kiev and Ukraine!” in the wake of Croatia’s hard-won victory against Russia in the quarterfinals.

After the video went viral on Instagram, Vida told reporters that he didn’t intend to “draw politics into sport,” and that it was a “joke.”

© Sputnik / Ramil Sitdikov
WATCH Croatia Fans Unfurl 'Thank You Russia' Banner Amid 'Glory to Ukraine' Spat
Upon learning about the footage, FIFA launched an investigation, with the Disciplinary Committee issuing a warning to Vida, who eventually escaped a ban from the World Cup semifinals.

Following a massive backlash, boos and whistles from fans during the game with England, Vida apologized for the clip, admitting that he had made a “mistake.”

Vukojevic was suspended from his duties as assistant coach by the Croatian Football Federation and slapped with a $15,000 fine from FIFA.

Croatia is now set to take on France in the World Cup grand finale in Moscow on July 15.