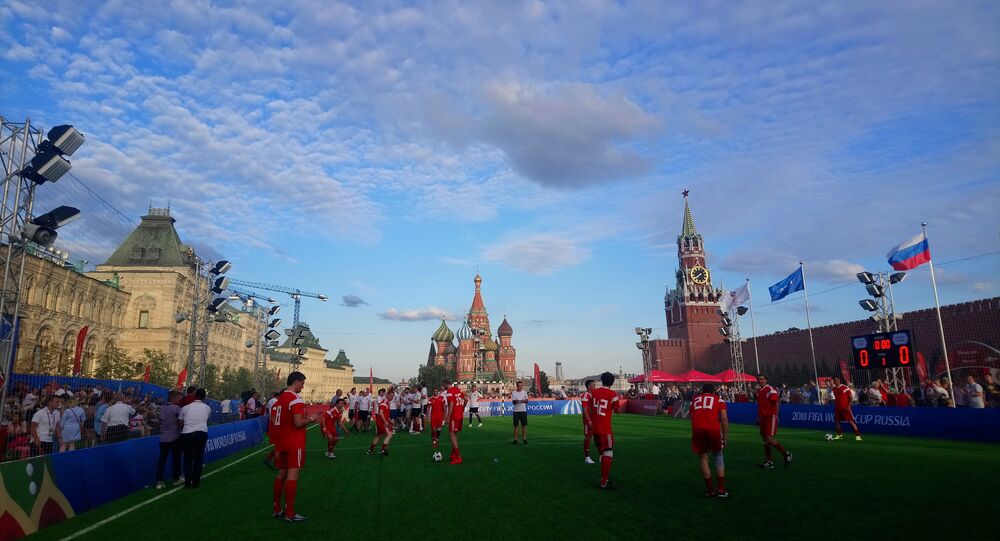 According to the Western media, Russia is a “savage” country. However, a Parisian fan that came for the 2018 FIFA World Cup thinks that’s absolute nonsense. In his interview to Sputnik, he calls out the French who didn’t want to come visit Russia.

This is Mo's first time in Russia, and he seems not to regret having come there. He told Sputnik of his impressions Russia that run counter to what the French media say about the country and its people.

"I'm pleasantly surprised by the kindness and hospitality of the Russians; it's different from what the media have told us. If you listen to the mainstream media, you could think that Russia is a savage country, when it's not at all the case."

"The people here are very friendly. Every time I go to a club or a bar, there's always a Russian offering me a drink. Two days ago I met a Russian who invited me on a fishing trip."

Apart from the Russian hospitality that impressed Mo, he also admires the splendor of Moscow:

"It's perfect; I was surprised. It's a beautiful city, very clean. The streets are very wide, the buildings are tall."

Mo also encouraged his fellow citizens who are still hesitant to come to Russia to shed their doubts and visit the country:

"Do come here! They have to visit Moscow; they have to know the Russians too. Russia's a big country, it's a mixed country. They have to come and see with their own eyes. My dear compatriots, don't hesitate to come!"

Mo was looking forward to his trip to St. Petersburg for the semifinals, because "it seems like a beautiful city too". According to the fan, it's no coincidence that Emmanuel Macron still chooses Saint-Petersburg for his visits because this city has long-standing historical ties with France, even more so than Moscow:

"I think we are close nations. It's not the political terrain that creates friendship or links between peoples. Russia and France have centuries-old ties regardless of the current government, it won't change anything. Of course we have ties and we'll always have them."