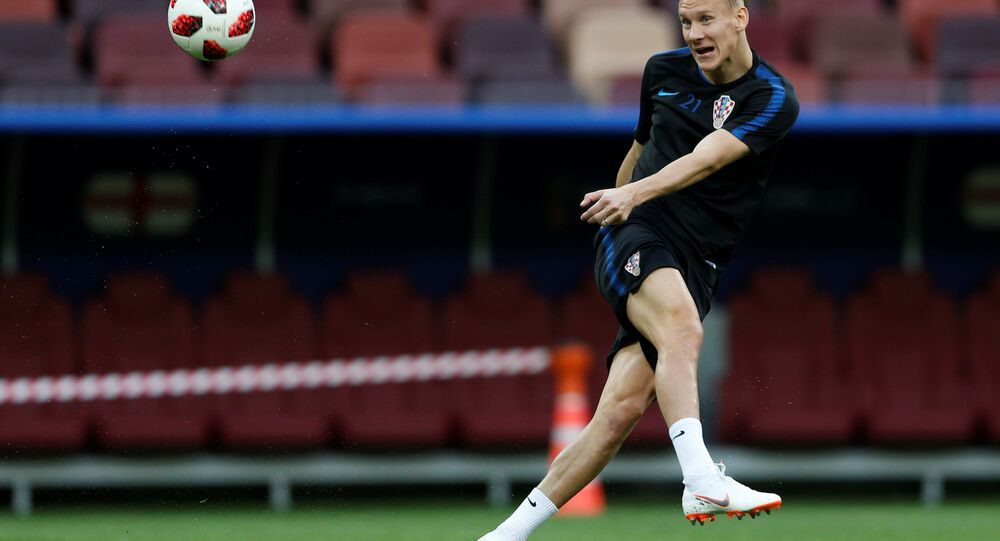 Domagoj Vida could still get sanctioned by world football's governing body, FIFA, after a fresh video emerged of the player shouting a phrase associated with anti-Russian Ukrainian nationalists.

FIFA is reportedly looking into footage in which Croatia defender Domagoj Vida appears to be drinking beer and shouting "Glory to Ukraine" and "Belgrade burn!" It is unclear, however, whether in the second case the defender was referring to Serbia's capital or to a Kiev-based restaurant of the same name.

The video was shot after his team's World Cup quarterfinal win over Russia, which saw Vida make the score 2-1 in extra time.

If the investigation finds Vida guilty, FIFA might come up with a strict punishment, as it pursues a zero-tolerance policy towards discrimination on political grounds, with any breach punishable by suspension.

The 29-year-old started making headlines last week, when a video emerged showing him shouting "Glory to Ukraine!" and Croatia assistant coach Ognjen Vukojevic saying "This is a victory for Dynamo [Kiev] and Ukraine."

Back then, Vukojevic was sacked by the Croatian Football Union and got a $15,000 fine from FIFA. Vida got away with only a warning from FIFA.

Croatia will take on England on July 11 in a clash for a place in the World Cup final.