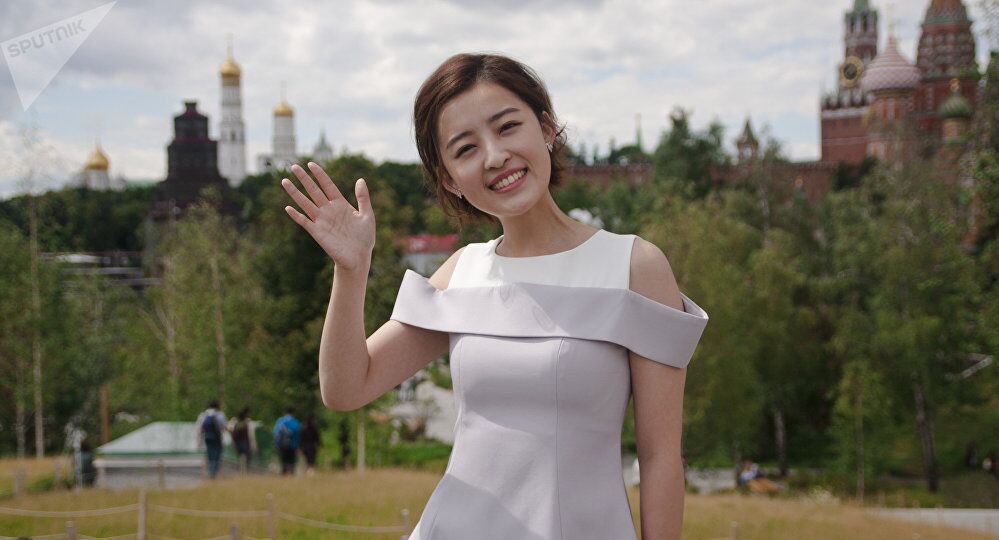 Yang Mimgming, who on social media has been dubbed “the sexiest anchor in China,” shared her impressions of Russia with Sputnik.

Sputnik: Do you like Russia? What’re your impressions of your stay here?

Yang Mimgming: I like Russia a lot. In fact, before I came here my friends and family were very worried for me, though they have never been to Russia themselves. In China we have a stereotyped impression of this country, which says that the Russians are a warlike nation and as a result security-related problems can arise. It’s believed that the Russians have difficulties communicating with foreign citizens. When I arrived here, I realized how far from reality our perceptions of Russia were! I’m always communicating with the locals – while shopping, or while a Russian artist puts makeup on me. I learned that the Russians who surround me daily are very kind, friendly and good, and apart from that they have a good sense of humor.

Yes, in the stadium the Russians give their emotions free rein as the successes achieved by the host nation are really impressive: remember the match against Saudi Arabia that Russia won 5-0? Russian football is so passionate! That did really impress me. I think as soon as I finish my work her,e I’ll try to come back to Moscow as a tourist.

Sputnik: What’re your thoughts on the World Cup’s organization?

© Photo : Cui Meng/GT
China Hosts 'Panda World Cup' to Mark FIFA 2018
Yang Mimgming: I’ve seen some negative reports about Russian sports, including their track and field athletes; they were disqualified from the competition during the Olympics, or they weren’t allowed to participate as a country. Russia holds the World Cup this time. I think it is a good thing for their sports. That will help Russia establish contacts with various countries. The cup will help these people truly see Russia. This is a good way to communicate. Many fans didn’t come to Russia because they weren’t aware of the real situation there. The important thing is that fans and tourists will come to Russia to enjoy their stay here. That’s a good opportunity for Russia. I’ve never been to Russia before, and knew little of the country, but after I came here, I found out that it was so good here.

Sputnik: At the World Cup, you are called “the hottest female anchor” – at least that’s what they say on the social networks. What do you think of that?

© Sputnik / Alexei Danichev
100,000 Fans Flock to Russia World Cup From China
Yang Mimgming: Oh, don’t say that! I just like being in Russia. I’m comfortable working here and I’m always in a good mood because the people impressed me so much. In public, foreign citizens are treated with some courtesy. To give you an example, once in the Red Square, I went to the mall there and I didn’t think they would close the road. They restricted the flow of people to the Red Square. I went to the police, but that didn’t help. I gave up any hope. Then an old lady came over, and when she saw that I was disappointed she told me that she knew there was a path, and then she gave me directions. In fact, it was a small road in the blind spot of the police’s vision. Although it may be a path of violation, I think the Russians are very caring.

That’s why I’m here. These kind people make me feel calm and comfortable and I don’t really feel homesick. 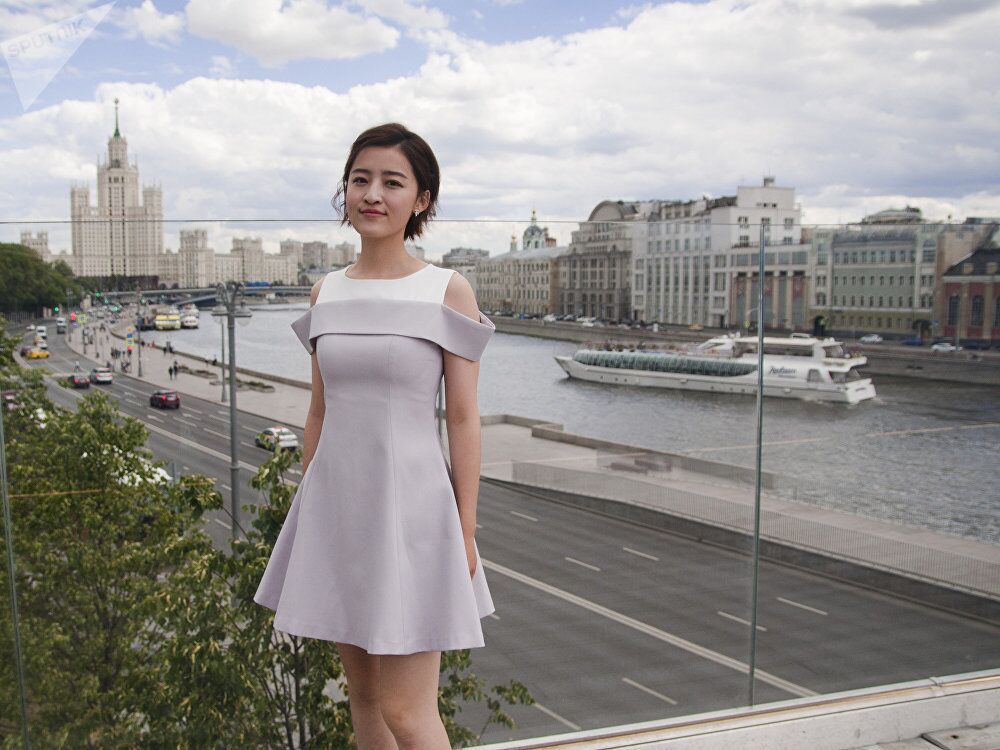 © Sputnik / Ekaterina Bulanova
Yang Mimgming, who on social media has been dubbed "the sexiest anchor in China”
At the beginning, I felt that the Red Square studio would definitely receive everyone's attention, because this is the first time that CCTV covers the World Cup. However, I didn't expect everyone to pay extra attention to me.

I dare say it’s my age that draws everyone’s attention. In fact, most of the audience has little knowledge of me, so they have a sense of freshness. The other thing is that there’re few female presenters at the World Cup and I’m one of them; all the rest are men. There’s such a contrast, so I’m more eye-catching.

But from my personal point of view, my competence still has a lot of room for improvement. This work at the World Cup is definitely a milestone in my career. I believe I’ll get more opportunities, and I hope that I’ll do better in the future.