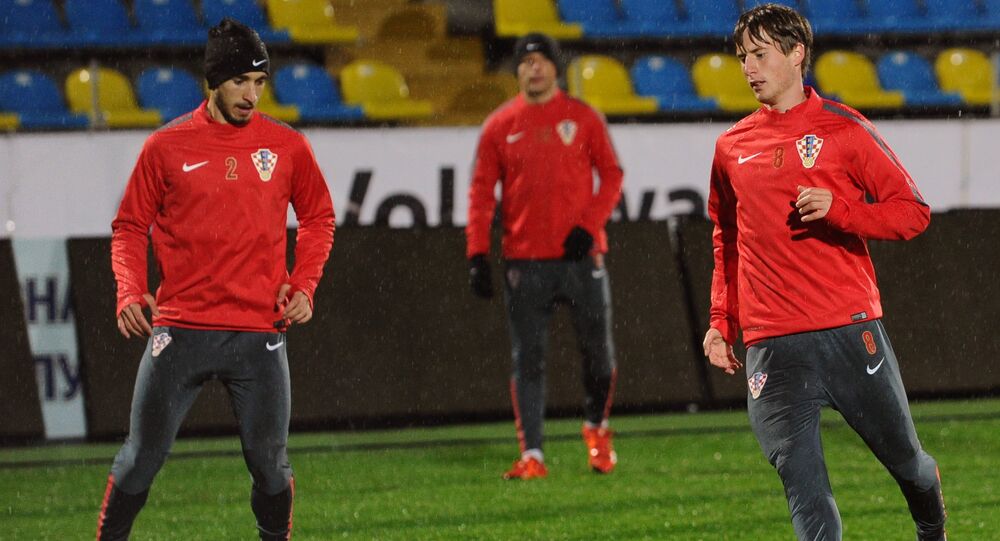 KIEV (Sputnik) - The Ukrainian Football Federation (FFU) will compensate Croatia's assistant coach and former Dynamo Kiev player Ognjen Vukojevic for the fine imposed on him by FIFA for saying "This is a victory for Dynamo and Ukraine" at the World Cup, FFU President Andriy Pavelko said on Tuesday.

On Saturday night, a video showing Vida shouting "Glory to Ukraine!" and coaching assistant Ognjen Vukojevic saying "This is a victory for Dynamo and Ukraine" appeared on social media. Both of them previously played for Ukrainian Premier League side Dynamo Kiev.

On Monday, the Croatian Football Federation suspended Vukojevic from his duties at this summer's World Cup, while the FIFA Disciplinary Committee fined him $15,000 for unsporting behavior.

"Me personally and the management of the FFU have decided to compensate Vukojevic for the fine imposed on him, and, if he thinks that it can be possible, to offer him a job in the FFU," Pavelko told journalists as seen in a television broadcast by the Ukrainian channel 112.Ukraine.

© REUTERS / Kai Pfaffenbach
Croatia Defender Roasted by Media for 'Glory To Ukraine' Video After Russia Win
He added that Vukojevic would be given legal and financial help if he decided to appeal against FIFA's decision.

Earlier, FIFA's press service told Sputnik that "according to the FIFA regulations, matches and accompanying events should be neutral and should not be used… as a platform for political statements."

The video followed the FIFA World Cup match, during which Croatia beat hosts Russia on penalties in Sochi on Saturday following a 2-2 draw after extra time to book a spot in the World Cup semi-finals, where they will face England.

READ MORE: And Then There Were Four: The 2018 World Cup Reaches Its Climax