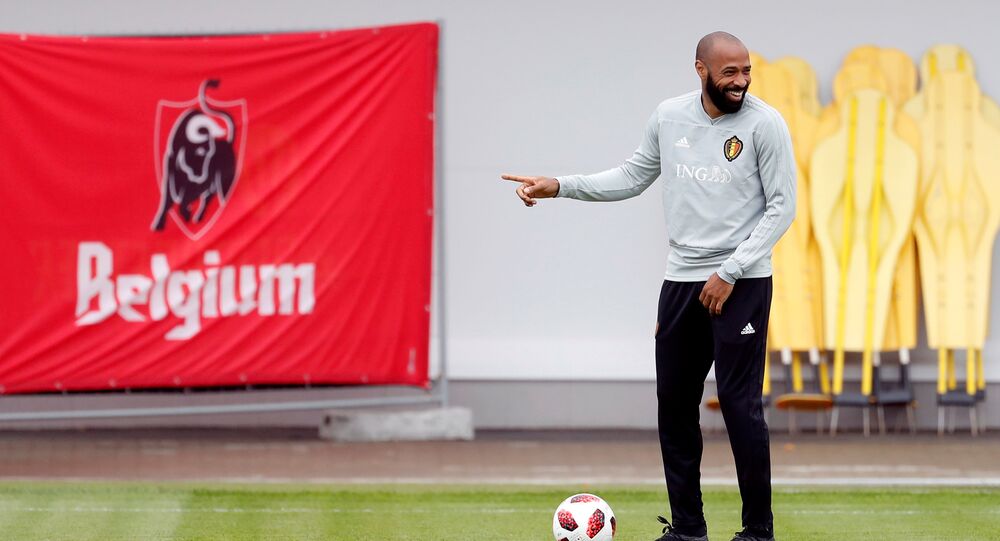 One of France's most popular players, who is assisting Belgium coach Roberto Martinez, is now trying to help Belgium beat the country of his birth.

The irony of French icon Henry sitting in the opponents' camp and plotting France's downfall in Tuesday's World Cup semifinal clash has prompted plenty of comments from his compatriots.

"It's bizarre because he's French and will be on the opponent's bench," France coach Didier Deschamps told the French sports show Telefoot when commenting on the upcoming encounter with his former teammate. "But he is someone I really appreciate, I'm happy for him."

France forward Olivier Giroud was more forthright. While hailing Henry as a living legend of French football, he said he would be proud to "show ‘Titi' that he has chosen the wrong camp."

Some believe that Henry will be happy with any outcome on Tuesday.

"If we win, he will also be happy because ultimately he is a Frenchman," France defender Lucas Hernandez said on Saturday.

"He plays an extremely important role for Martinez," Pfaff said. "Martinez regularly asks him for advice and he listens to it. I think that Thierry Henry can be credited with some of the tactical ploys."

With 51 goals for the national team in 123 appearances, Thierry Henry is France's record goalscorer. He made it to four World Cups together with the national team, picking up the title in 1998 and finishing runner-up to Italy in 2006.

Belgium will face France on Tuesday in St. Petersburg for a place in the World Cup final.