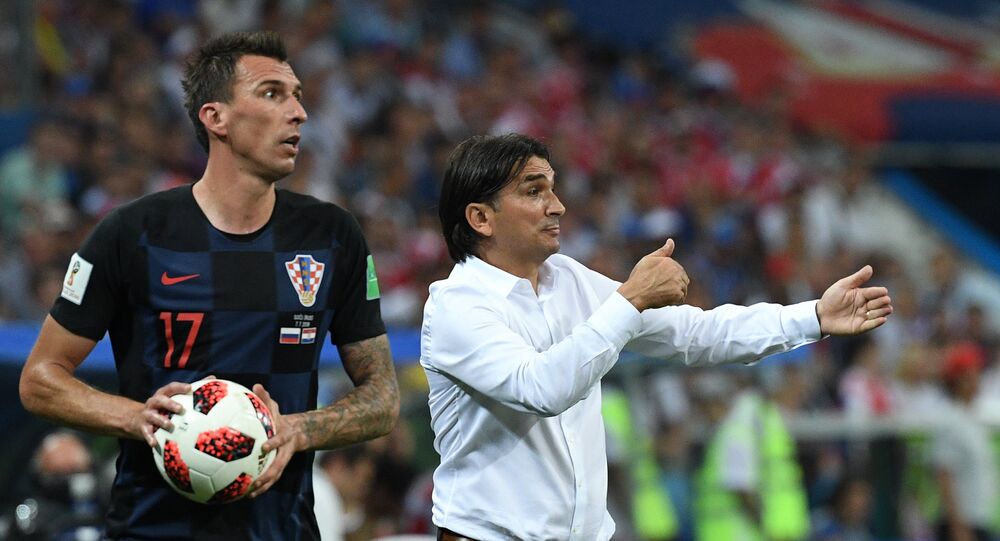 MOSCOW (Sputnik) - Croatia head coach Zlatko Dalic said on Sunday that he respects England's team but his players are not afraid of anyone.

"England have a very good team, they have a lot of young players. They played well against Sweden, they have [midfielder] Raheem Sterling, it's a very fast footballer. The game will be tough and we respect our opponent, but we're not afraid of anyone, even if it's England," Dalic told journalists.

The head coach also stated that the success of his team was not expected by many people.

"I don't see anything strange in Croatia getting to the last four. Maybe, few people expected to see us in the semi-final, but we will do our best to represent our country well. Iceland, Denmark and Russia played against us with a defensive set-up and they played tough football. Semi-finalists show a completely different style of playing. Croatia will know how to deal with this," Dalic noted.

Croatia beat Russia 4-3 on penalties in their World Cup quarter-final in Sochi on Saturday and will face England in the semi-final match in Moscow on Wednesday.