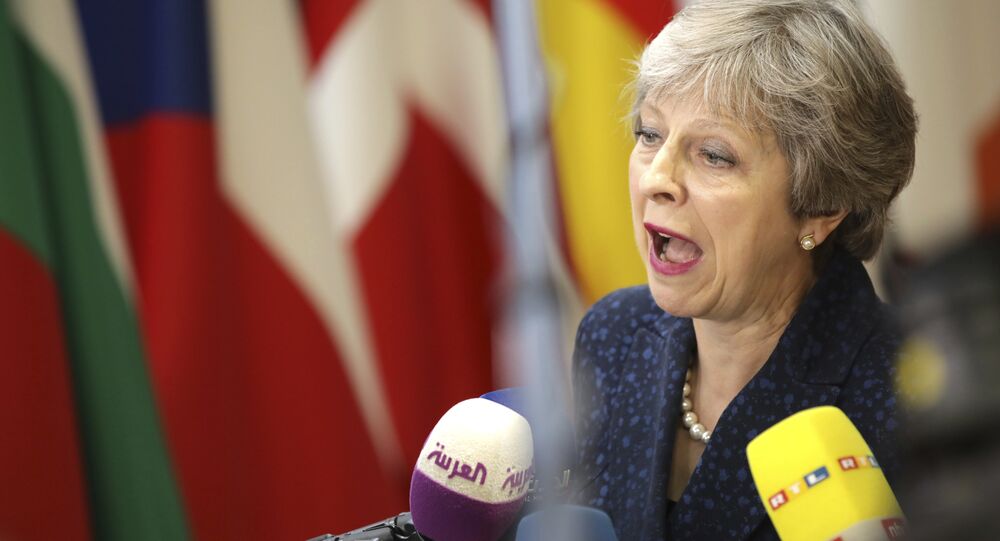 After England qualified for the World Cup semifinals for the first time since 1990, having beaten Sweden 2-0, media reports suggested that the UK might change its stance on attending the football tournament.

The British media have been speculating that Prime Minister Theresa May hinted that her World Cup boycott on royals and ministers attending the championship in Russia might be dropped if England makes it to the grand finale.

When asked whether her stance could change, May said that the government had been “very clear” about why the decision had originally been made.

“I have always said that we take every game at a time, as I think Gareth Southgate has said for his team. There was a reason why ministers haven’t been going to Russia. It was because of the attack that took place on the streets of a British city, an attack using a chemical weapon, a nerve agent,” she said ahead of the England versus Sweden game on July 7.

Back in March, Theresa May stated that there would be “no attendance by Ministers, or indeed members of the royal family, at this summer’s World Cup in Russia.” Her announcement came after the alleged nerve agent attack on former Russian spy Sergei Skripal and his daughter Yulia in Salisbury, which the UK authorities blamed on Moscow.

Relations between Russia and the UK have dramatically deteriorated in the wake of the Skripal case, which resulted in the coordinated expulsion of over 150 Russian diplomats from some 30 countries, including the US, Canada and the majority of EU member states, which acted in solidarity with Britain. Russia, which has consistently denied any involvement in the incident, took tit-for-tat measures, ousting the equivalent number of foreign diplomatic workers.

After the 2-0 victory over the Scandinavian team, May took to Twitter to congratulate the squad:

Huge congratulations to Gareth Southgate and his team. Another excellent win to make the whole country proud. #ThreeLions #WorldCup18

You wanted to make history @England and you are doing just that. This has been an incredible #WorldCup run and we’ve enjoyed every minute. You deserve this moment – Football’s Coming Home! W

His tweet has sparked an avalanche of reactions, with some encouraging him to travel to Russia and support the squad:

Would mean a lot to the lads if you went to support them in person in Moscow against Croatia, Your Royal Highness! (Despite the tension with Russia recently…l

You have to go to the Semi Final. Royalty are meant to be beyond politics and you are FA President. Theresa May and her dolts know nothing about the mood of the people. Time for the Royals to step up. GO!

I’m starting to love football now, only because of the excitement HRH Prince William is creating through his tweets haha✨💃🏻#England #FifaWorldCup2018