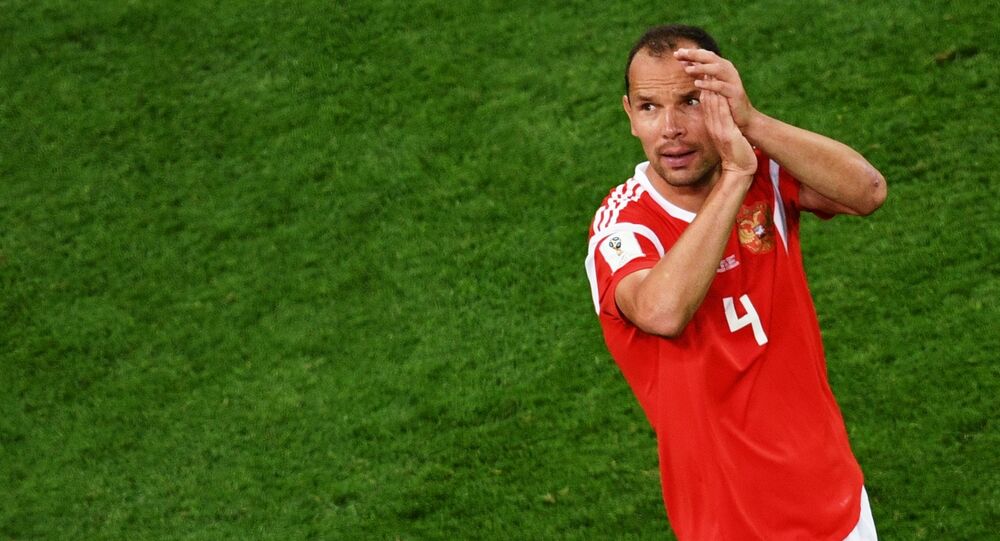 MOSCOW (Sputnik) - Ignashevich started for the national team in all of their five World Cup matches this summer and played in Saturday's quarter-final 4-3 defeat to Croatia on penalties, announcing his retirement from football shortly afterward.

Ex-Russia defender Sergei Ignashevich deserves respect for putting his career and reputation on the line when he agreed to return to the national team for the FIFA World Cup, former Russia forward Sergei Kiryakov told Sputnik.

"We should take our hats off to Sergei Ignashevich and thank him… His return to the Russian national team was the kind of step that could have ruined his whole career and reputation… If he had failed or delivered a poor performance, he would have been remembered by his last matches for Russia… I bow to him, that really deserves respect," Kiryakov said.

© Sputnik / Yevgeny Odinokov
Just Do It: Top 5 Records Set During Phenomenal Russia-Spain, Croatia-Denmark Matches
Sergei Ignashevich, 38, originally retired from international football following UEFA Euro 2016 but was called up to the squad in May by Russia head coach Stanislav Cherchesov to replace injured Rubin Kazan defender Ruslan Kambolov, becoming the oldest player ever capped both for the USSR and Russia.