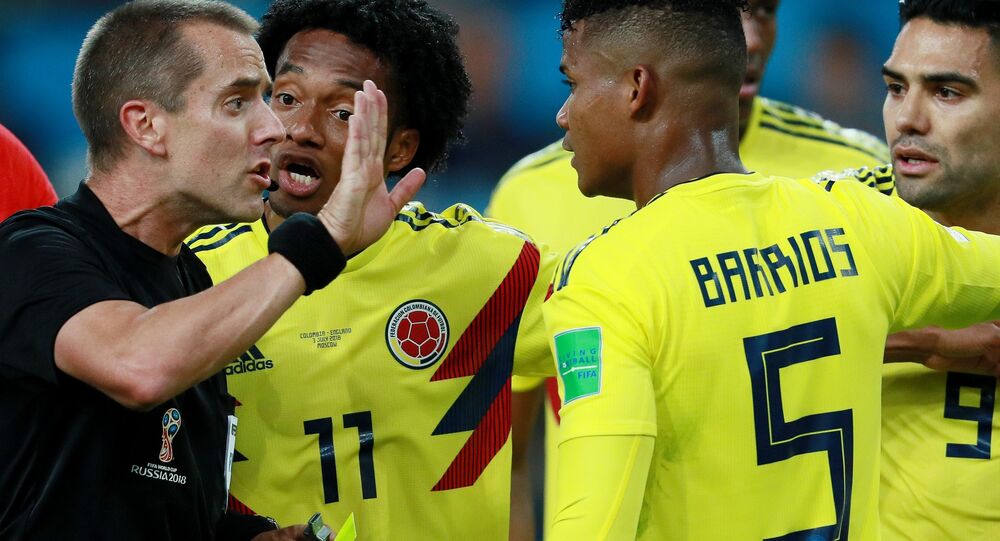 A petition to demanding a replay of the England-Colombia football match has gathered over 280,000 signatures.

A Colombian law student, Juan Diego García, believes his team lost due to major injustices during the Round of 16 match against England.

One of them was the wrongfully awarded penalty to England based on a "non-existent" foul, according to Garcia. Another one was the referee's decision not to uphold Carlos Bacca's "legitimate" goal.

The petition has now gathered over 280,000 signatures, with Garcia demanding FIFA look into the wrongdoing.

Reactions to the petition varied on social media, with some showing support for the Colombian plea and many stressing the match result was fair.

Referee Mark Geiger found himself in the middle of a World Cup controversy yet again, after he was accused by Moroccan player Nordin Amrabat of asking Cristiano Ronaldo for his shirt as a souvenir. Geiger refereed the Portugal vs Morocco game on June 20. FIFA condemned the allegations and said Geiger "strongly refutes" the claims.

The England vs Colombia match ended 4-3 following a dramatic penalty shooutout won by the English squad. The defeat sent the Colombian team packing, while England moved on to the quarter-finals.

Dark Side of Twitter: Colombian Players 'Buried Alive' After Loss to England