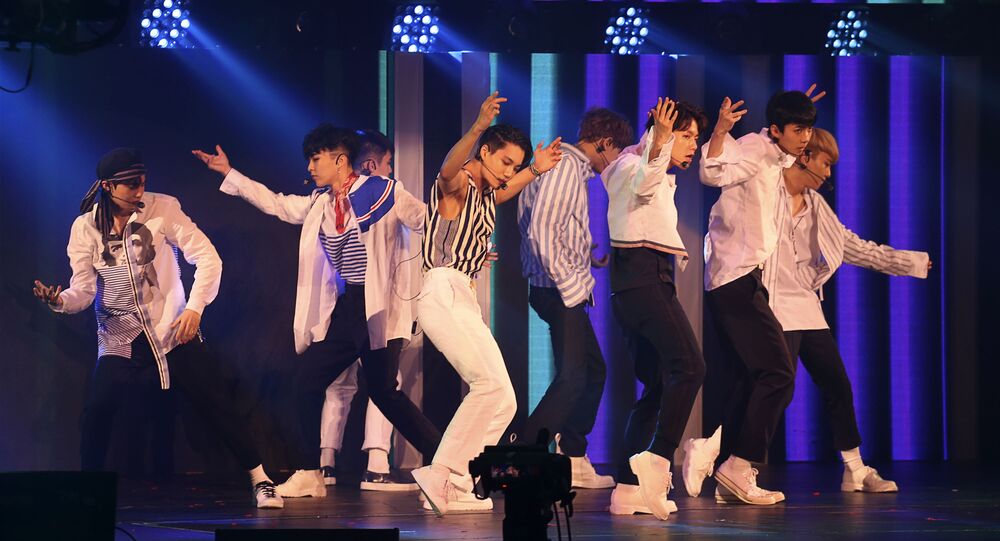 After a fierce battle between k-pop fans in the voting on FIFA's official Twitter account it has been decided that the two songs will be played at Luzhniki Stadium in Moscow on July 15.

On July 4, FIFA published a post on its World Cup Twitter account asking people which song they would like to listen to at the final of the Wold Cup to be held on July 15. Among the choices were J Balvin's "Mi Gente," Zedd's "The Middle" and two popular songs by the k-pop bands BTS and EXO – "Fake Love" and "Power." Fans immediately rushed to vote.

Turn it up and feel the beat!

From the final four, which beat do you want heard inside the stadium? VOTE NOW! 🎶 #FIFAStadiumDJ

​The two k-pop hits went head to head in the poll and after a day of intense voting EXO’s song won.

EXO fans, of course, expressed their excitement over such a victory on Twitter:

Congrats to EXO and EXO-L's for winning!!!! I'm still proud of our ARMYs ♡ and i'm so happy we will hear the kpop song in FIFA stadium!!! #BTSxFIFAWorldCup #FIFAxEXOPower

EXO can cheer everyone by Power so it would suit a FIFA event so much#FIFAxEXOPowerpic.twitter.com/QiRufrzVM1

The boy band already stole the show during the Winter Olympic Games in Pyeongchang.

The official Olympic channel has also expressed its support for EXO via Twitter:

Take it from us, @WeAreOneEXO sure know how to rock a stadium! 😍#EXO Their full closing ceremony performance here 👉 https://t.co/PLQMdiMJgp pic.twitter.com/w7TODHg1l9

​However, BTS fans should not worry, because "Fake Love" will also be played at Luzhniki stadium. Alex Stone, the social media manager for the World Cup, tweeted later on July 5 that BTS has won in a separate poll on Instagram and football fans will hear the group's song too.

Great news. We also ran a poll on Instagram. Fans of both groups are winners! Enjoy the rest of the day/evening.

So it turns out that we and exo both won the fifa poll! So we shall have both songs playing👍🏻😆🙏🏻 —bex#BTSxFifaWorldCup @BTS_twt pic.twitter.com/7PlmIHEC2b