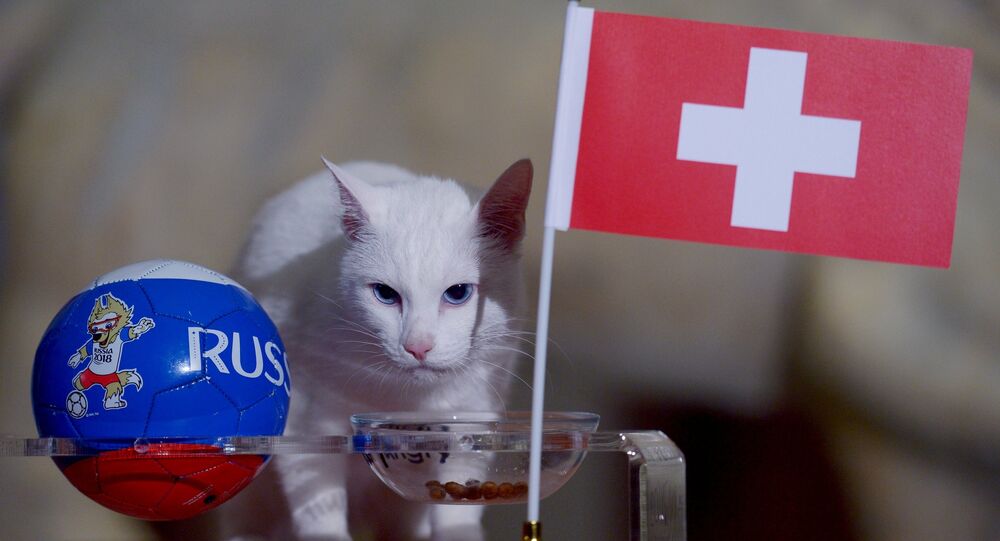 ST. PETERSBURG (Sputnik) - Achilles the cat, who lives at St. Petersburg's Hermitage Museum and serves as the animal oracle for the 2018 FIFA World Cup, predicted Switzerland's victory over Sweden in the round of 16, a Sputnik correspondent reported Tuesday.

The oracle cat made the prediction at the Hermitage, the second-largest museum in the world, by selecting a plate of food marked with the Swiss national flag.

Switzerland, who last reached the World Cup quarter-finals in 1954, will take on Sweden at the 67,000-seater St. Petersburg Stadium later on Tuesday.

© REUTERS / Grigory Dukor
Russia Proves Nothing Impossible at FIFA World Cup - Croatia Defender Lovren
Earlier, Achilles, a congenitally deaf snow-white cat, correctly predicted Russia's wins over Saudi Arabia and Egypt, Iran's victory over Morocco and Brazil's defeat of Costa Rica. He has made only one mistake so far when he chose Nigeria as the winner of their Group D match against Argentina.

According to his handlers, Achilles was chosen as the World Cup animal oracle for being the most stress-resistant and human-oriented of about 50 cats living at the Hermitage.

The World Cup will continue until July 15, with the matches being played at 12 stadiums across 11 Russian cities.