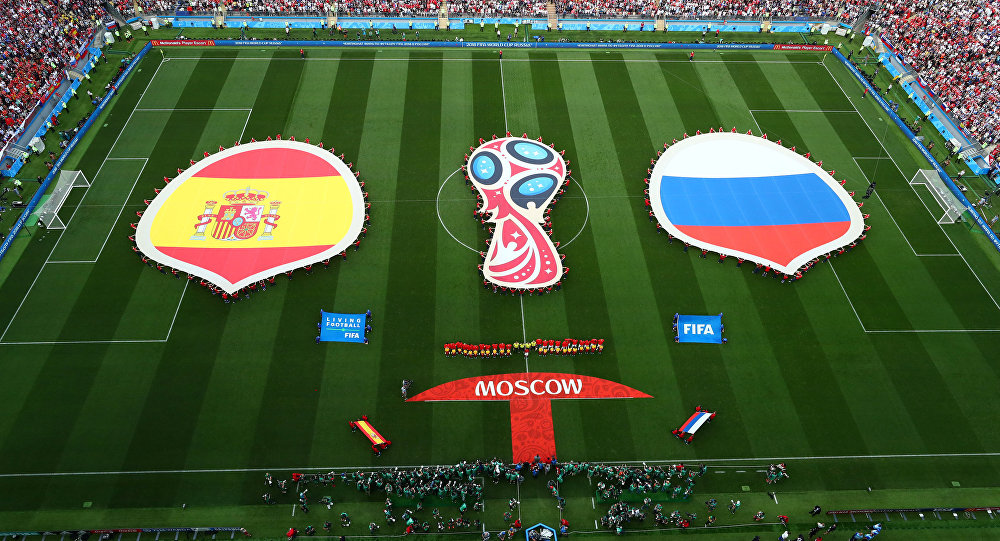 NIZHNY NOVGOROD (Sputnik) - Russia proved that nothing is impossible with their 4-3 victory over Spain in the round of 16 match on Sunday, Croatia defender Dejan Lovren said on Monday.

"We respect the Russian national team who knocked Spain out of the World Cup. Russia players have proved that nothing is impossible. They deserve a spot in the quarter-final. We will need a lot of strength and luck to beat this team," Lovren said.

Lokomotiv Moscow and Croatia defender Vedran Corluka noted that he supported Russia in their win over Spain.

"Of course, I expected that this game could happen… I said after the match with Iceland that I was waiting for the game with Russia. They played against Spain brilliantly… I watched the match and supported our mates Russia. I know all the [Russia] players, and don't know anyone among the Spaniards," Corluka told journalists.

The 32-year-old added that Russia were strong in defense in their Spain clash.

"The coach chose the right tactics for the game," he said.

Corluka went on saying that he expected a "very difficult" match against hosts Russia in the quarter-finals of the FIFA World Cup.

"I think there are no favorites in our quarter-final game. Russia play at home, our team is also good. It will be very interesting, we hope we will win. It will be very difficult," Corluka told journalists.

He could face his Lokomotiv Moscow teammates Aleksei Miranchuk and his twin brother Anton Miranchuk in the last eight match.

"If they [the Miranchuk brothers] play, Russians will have a great motivation, just like we have," Corluka said.

Russia defeated Spain 4-3 in the penalty shootout after being held to a 1-1 draw in 90 minutes and extra time. Croatia won their match against Denmark 3-2 also on penalties later on Sunday and set up a World Cup quarter-final game with hosts Russia.