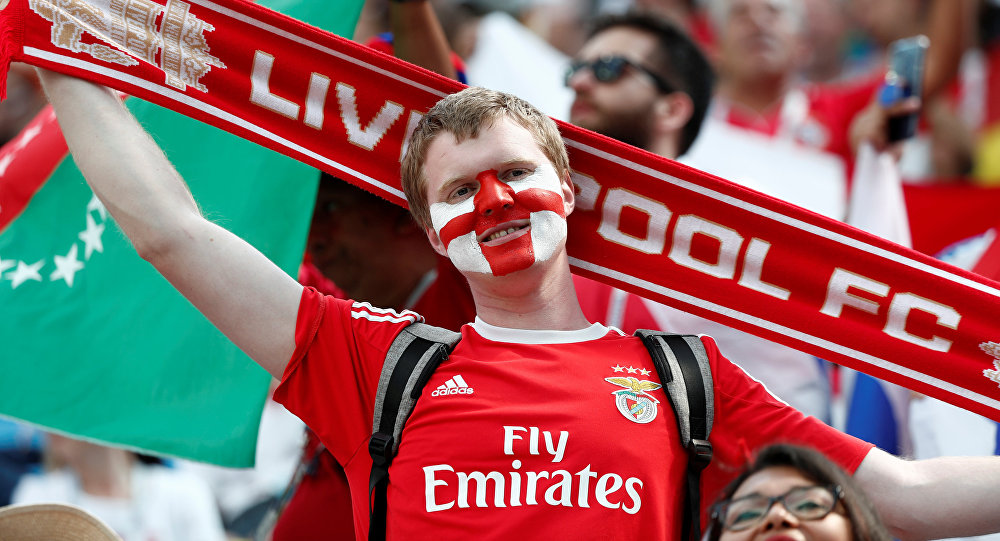 MOSCOW (Sputnik) - The Russian Embassy in the United Kingdom has mocked British media reports about poor number of English fans in the country.

The embassy noted that it is not a "surprise" why there were too few England supporters in Moscow "after months of trying so hard to discourage fans from going to Russia."

Surprise: @thetimes complains of too few England🏴󠁧󠁢󠁥󠁮󠁧󠁿 supporters in Moscow — after months of trying so hard to discourage fans from going to Russia! pic.twitter.com/HysKWpqHoq

The statement comes after The Times newspaper reported that there would be few England team’s fans at the upcoming match against Colombia on Tuesday, with only 1,500 tickets bought by the UK nationals.

The ties between Moscow and UK media have significantly deteriorated in the wake of the alleged poisoning of former Russian intelligence officer Sergei Skripal and his daughter Yulia in the British city of Salisbury in March. The UK side immediately blamed Russia for the alleged "attack" despite the fact that the probe hasn't been concluded up to the current moment.

© Sputnik / Vladimir Astapkovich
'Horror Story': UK Media Scaremongers on Russian Cities 'Hiding' Ugly Sights Ahead of FIFA-2018
While London and its allies decided to send Russian diplomats back, the Skripals eventually recovered and were released from hospital after what was described by London as the poisoning by the deadly "Novichok" nerve agent.

At the same time, UK media outlets have been trying to discredit Russia as the host of the 2018 FIFA World Cup in the recent months by warning the UK fans against attending the championship, citing security concerns.