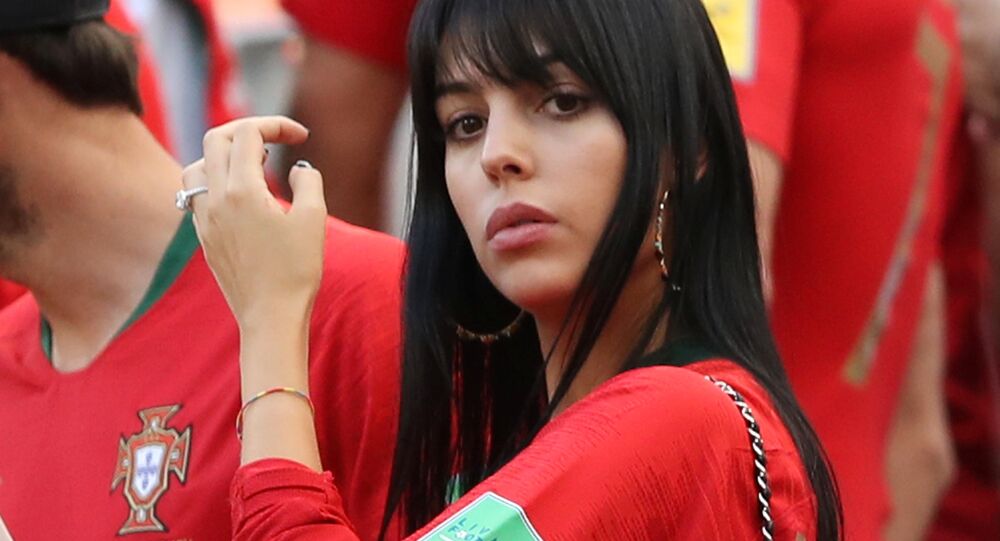 Following the defeat of Portugal’s squad by Uruguay in the 1/8 final match, angry social media users have taken aim at Cristiano Ronaldo’s partner Georgina Rodriguez, who previously attracted attention mostly thanks to her stunning looks. Some even accused her of being the reason for her superstar boyfriend’s defeat.

A 23-year-old model, Georgina Rodriguez, has been harassed on her Instagram account since her partner, Portugal’s striker Cristiano Ronaldo, and his team, the incumbent European champions, lost 2-1 to Uruguay at the 2018 FIFA World Cup on June 30. One of her recent posts, in which she wished good luck to Ronaldo and Portugal’s national team, has been swarmed with angry and malicious comments.

Some took this as an opportunity to throw Uruguay’s triumph in her face one more time, pasting the country’s flag and comments like “Uruguay, jeje,” “Good bay Portugal,” and “You must say now cristiano go to house.”

Iranian fans used it to take revenge for their national team’s defeat at the group round of the football tournament, posting Iranian flags.

Other trolls’ malice has nothing to do with rooting for any team, they just enjoyed rubbing defeat in the face of Ronaldo and his partner, posting messages like “Yep, your boyfriend is going home now,”” Bye bye Portugal,” They are going home tonighttttttt” or just “CIAAAAAAO PORTUGAL jajajajajajajajaj.”

Some even slammed Georgina for bringing bad luck, “Your greatest mistake was to visit matches. You’re not lucky one, unfortunately.”

The Spanish national Rodriguez reportedly started dating the Portuguese superstar forward in 2016. In 2017 she gave birth to their daughter Alana Martina and became a mother to Cristiano Ronaldo’s two sons and a daughter, who were born from surrogate mothers earlier.