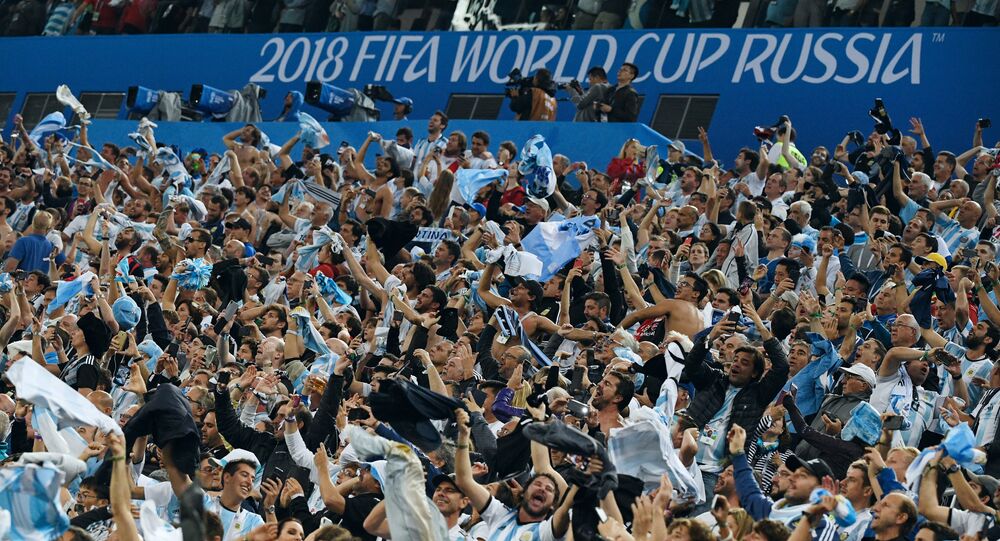 Argentine authorities have demanded that an official from Papagayos, San Luis province, be deprived of the right to attend World Cup matches in Russia over mocking an Arab fan.

The Argentine Security Minister Patricia Bullrich took to Twitter to say that the man, identified as Juan Pablo Olguin, will be punished for his joke.

TWEET: “Olguín is sec. of Legal Affairs of Papagayos, #SanLuis. While in #Russia, he asked a turbaned man [to repeat his words in Spanish] to plant a bomb at the Naschel club, having used and stigmatized the man. We have asked for his Fan ID to be withdrawn,because not only did he act irresponsibly, but he's also a public official.“

Olguin was earlier filmed asking an Arab man, who apparently didn’t speak Spanish, to repeat his threat to blow up a football club in the Argentine city of Naschel.

After the clip went viral, Olguin apologized for his conduct.

It would seem that Olguin is not the only Team Argentina supporter to have gotten into trouble: last week, the government asked Russia to detain and deport four fans filmed fighting with Croatians after Argentina was soundly defeated by Croatia in a World Cup group stage match.