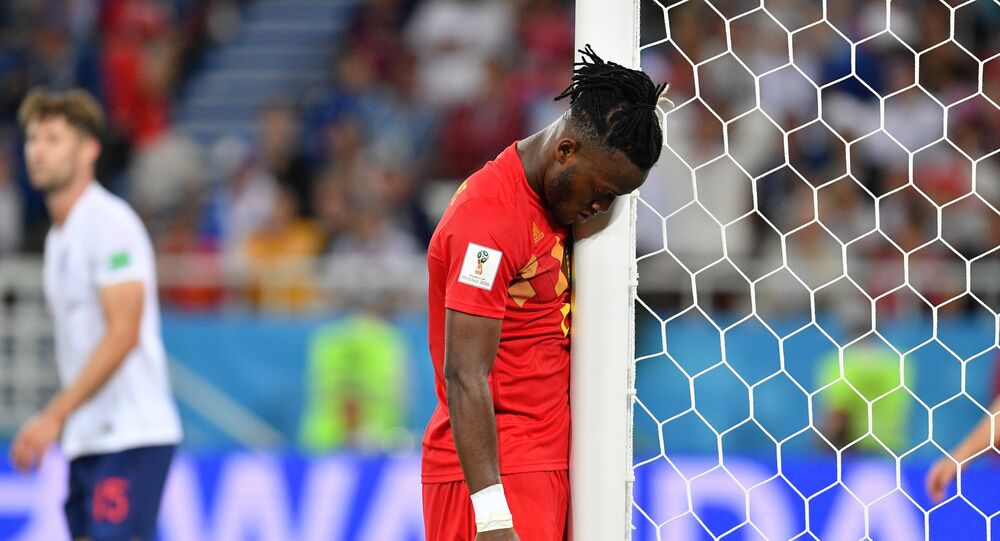 Belgian striker Michy Batshuayi's celebration after Belgium's goal at the World Cup against England backfired, turning him into an overnight internet meme.

Michy Batshuayi was excited after his team-mate, Adnan Januzaj, made a spectacular goal, scoring a victory 1-0 over England on June 28.

Batshuayi scooped up the ball and kicked it hard, aiming for the net but his move didn’t go as planned.

The ball hit the post and bounced back right into his face, hitting him hard.

Soon after, the internet went wild with memes and short videos of Batshuayi’s epic fail. Thousands of people shared the gaffe on social media and had a good laugh.

​The moment seemed to have been a highlight of the game for many. Belgian sports website Sporza.be called it "more beautiful than Januzaj's goal."

​In the playoffs, the Belgian team will face Japan. The match will be held on July 2 at 21:00 Moscow time.

Football Fans Arriving at Stadium in Kaliningrad For England-Belgium Match

Football Fans Arriving At Stadium in Samara For Russia-Uruguay Match