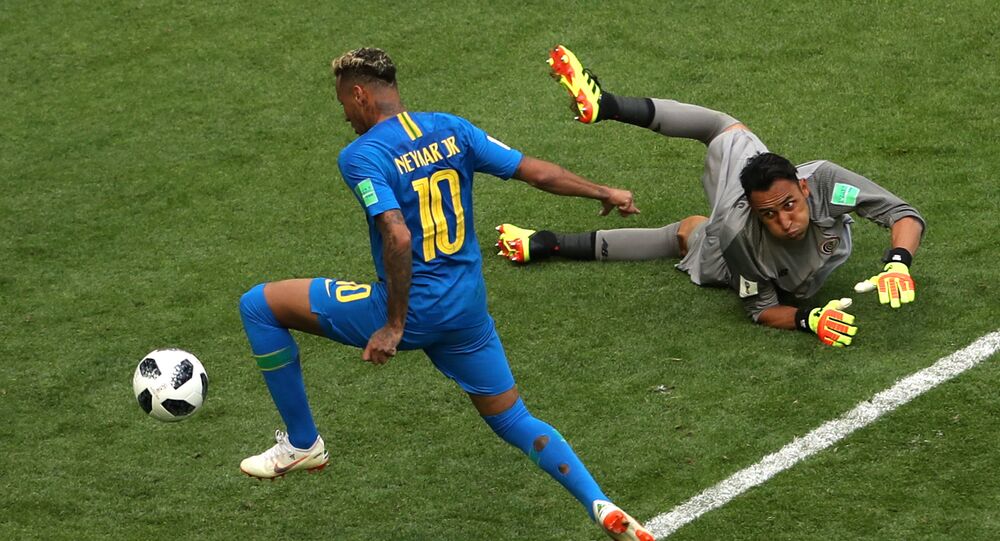 "I hope that Brazil will face Russia in the [FIFA World Cup] final," Etchegoyen said at the BRICS High Representatives on Security meeting.

He also joked that 2014 world champions Germany failed to succeed at the tournament, as they "have never managed to perform well on Russian soil."

"I'd also like to congratulate [Security Council Secretary Nikolai] Patrushev on the great organization of the World Cup," Etchegoyen added.

READ MORE: Brazil Qualify for Round of 16 After Beating Serbia 2-0 at FIFA World Cup

© Sputnik / Alexander Vilf
Brazil Opens Criminal Probe Against Fans for Insulting Woman at FIFA World Cup
Russia, who qualified for the knockout stage as Group A runners-up, will face Group B winners Spain in Moscow on Sunday, while five-time World Cup champions Brazil will face Mexico in Samara on Monday.

Brazil Striker Neymar Happy to Be Back on Pitch, 80% Ready for FIFA World Cup