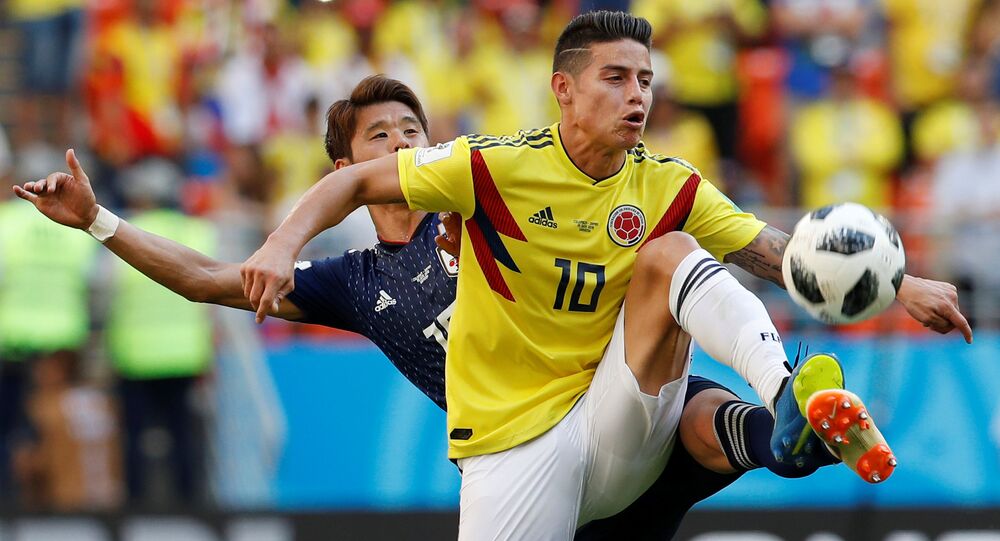 The Colombian national football star was expected to play a major part in Colombia’s final group game against Senegal, but due to injury, he had to walk off the pitch. His fans didn’t take it so well.

Instead of showing compassion for their star player, some fans accused him of wanting to see his rumored girlfriend, Helga Lovekaty.

One fan named Tatan17 wrote: “James must be at the Helga Lovekaty Stadium and he couldn’t devote a goal and two assists.”

The girlfriend in question is a model who some believe met Rodriguez through teammate Cristiano Ronaldo.

Another user, named Flake 61, wrote: “James entered the dressing room because Helga Lovekaty is waiting for him.”

Rodriguez, who is a Real Madrid star, could not continue playing and left the football field with a calf complaint.

His girlfriend has also appeared at the World Cup.