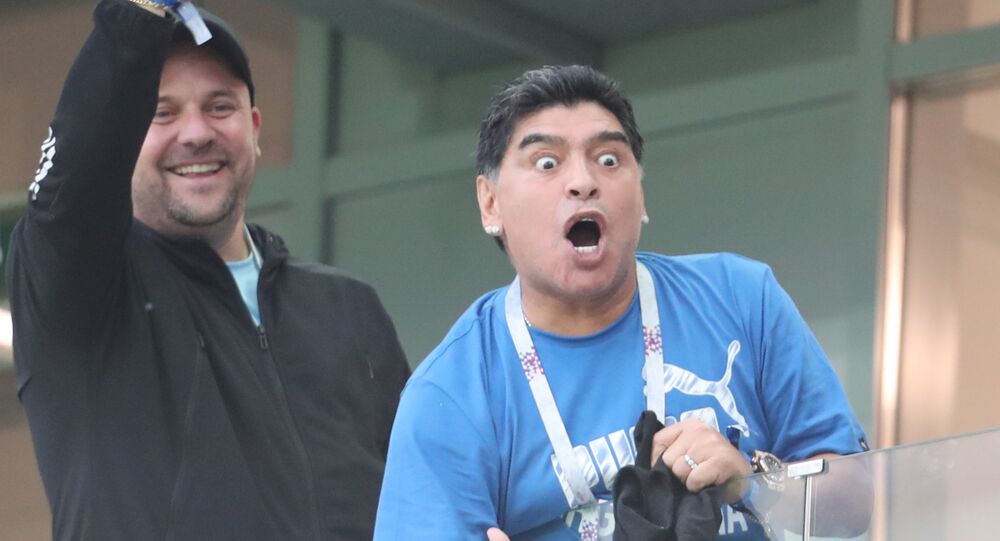 Diego Maradona, believed by many to be the greatest football player of all time, was in Russia attending the match between Argentina and Nigeria and as always, his hilarious antics drew a lot of attention to him from his fans.

Maradona was photographed cheering, dancing, appearing to fall asleep and flicking the birdie from his VIP seat during the game.

As Argentina qualified for the Second Round of the World Cup with a tough 2-1 victory over Nigeria, Maradona was causing quite a stir and many thought he was either drunk or high.

​At one point El Diego was photographed undergoing a medical examination by paramedics and gossip spread like wildfire with people suggesting that he might have been having heart problems.

​However, Maradona explained what was actually going on with him to journalist Daniel Arcucci.

"Where we were they were only serving white wine," said Maradona. "Yes, we drank all the wine, but now I'm talking to you and I'm telling you the truth.”

He went on to say that he swore on the lives of his mum, his grandson Benjamin and son Dieguito Fernando that nothing happened.

​"At the end of the first half we went to eat. I like red wine and there was white wine,” Maradona said.

He later wrote an Instagram message to clarify the situation saying, “I want to tell everyone that I am fine, that I am not, neither was I interned. In the halftime of the game against Nigeria, my neck hurt a lot and I suffered a decompensation.”

​According to the legend, he was checked by a doctor and was recommended to go home before the second half, however, Maradona wanted to stay to support his team.

“How could I leave? I send a kiss to everyone, thanks for the support!” Maradona added.