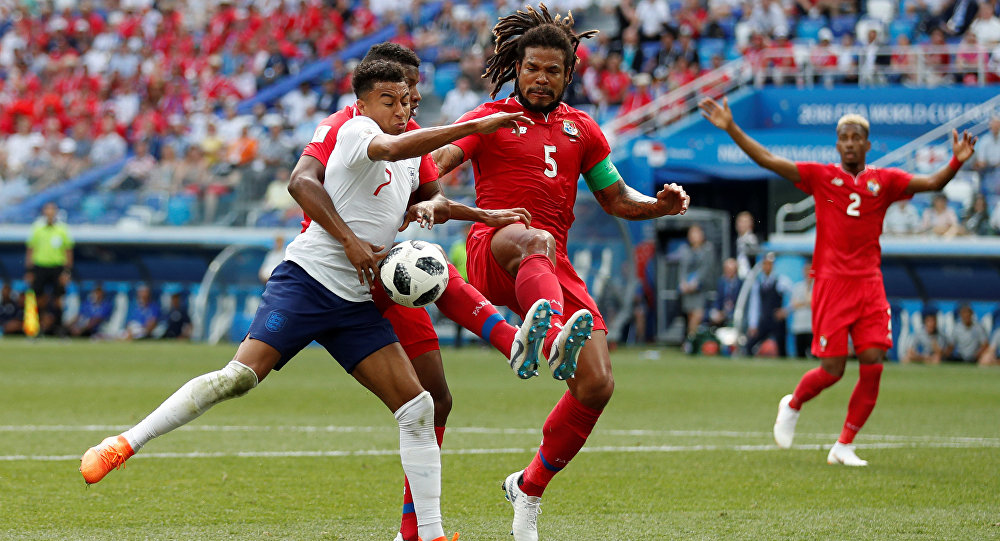 According to the bookies, England is now fourth-favorite to win the World Cup, following Germany’s shock exit from the tournament. We met Alex Apati of Ladbrokes in Russia, to talk about where the English are putting their money, and why their faith in the Three Lion’s has soared.

We’ve seen a huge increase in confidence toward the capabilities of the England team, and their potential to win. How precedented is this switch in attitude?

Well, you would think that given England’s history with  World Cup tournaments, that punters would look elsewhere. Or anywhere other than England. But it turns out that this year, Brits are being more patriotic than we have seen ever before.

Certainly, since the turn of the Millennium, this is one of the most popular tournaments in terms of bets placed and stakes. But more specifically, just on England to win the World Cup. England are twice as popular in the betting as any other side. So, call the punters patriotic, or call them crazy, but that’s what it is.

​Do you think that this is some sort of “luck tactic”- as in punters feel as though if they bet on themselves, they are more likely to win? Or is this because they have seen an increase in skill in regard to the England team?

© AFP 2019 / ROBERT MICHAEL
German Police Open Probe Over Football Fans Shouting Nazi Slogans - Football Association
I think it’s the latter. There are two things involved with betting. You look at form, you look at teams, how they are getting on, and the players that they have. And looking at England’s team at the moment, from an outside perspective, you have to think that the likes of Harry Kane, Raheem Sterling, even Gareth Southgate as a manager, there’s a lot going on at the moment.

Even for England fans to be confident about. I also think value as well, so at the end of the day, we’re a bookmaker, Ladbrokes, so we’re talking before a ball was kicked we were 14 to 1 on England to win the World Cup. So, ten pounds would win you 140 pounds. If you look at the teams that we have on paper, it’s a very good team. Very capable.

Provided that other teams maybe stumble along the way. We are very capable, and people really seem to think that there is something there. If you look at the last two games, we have won 2-1, and 6-1 as well. We’ve scored eight goals. So, it is no surprise to see so many customers, following the 6-1 win against Panama, backing England to win.

But if we are to go up against Brazil, for example, is that streak likely to hold up? Given that Brazil is in a different league to Panama.

© Sputnik / Maksim Bogodvid
Football Beauties From Across the Globe Enjoying World Cup Matches
19
It’s a difficult one. Then we’re talking about a different bet altogether. There’s a chance that England could meet Brazil in the quarter-finals. If you were to look at the bets placed on that match in particular, you would say that Brazil probably would be favorites, and probably would be more popular. But in terms of outright bets, looking at England to go all the way, at the moment, England are twice as popular as Brazil.

That’s what the odds are saying. Our traders would probably disagree with that, and say that Brazil have a stronger side, but then you have to look at the flip side of the coin, in that if England were to beat Brazil, they would suddenly become even more popular. We are eight to one at the moment, if England beat Brazil, you would be looking at England as one of the favorites to win the tournament.

Alright, and in terms of the team. If they’re looking at the odds stacked against them, do you think that that could influence their play?

Tricky. Having spoken to ex-players over the last couple of weeks. Lee Dickson to mention one of them, as a Ladbrokes ambassador, I asked him a very similar question, in terms of when he was playing would he look at the odds of games. He said he would kind of avoid them. They don’t want that kind of pressure on their shoulders.

They know, as an England national team, heading into a major tournament, there’s already pressure on them from the media itself let alone bookmakers. In the last twelve to sixteen years, England has progressed massively, in this tournament alone. So maybe this year it could be different. The way the that Gareth Southgate, the manager, and the team around him have managed this group of players, it kind of feels like they’re in their own bubble right now.

© REUTERS / Henry Romero
FIFA Takes Note of Maradona's Behavior in Argentina - Nigeria Match - Reports
They don’t care what happens in the media, what’s said about them, what their odds are. We hear some players at the moment talking about, seriously talking about, being here to win the tournament.

So, if that’s the case, you would have to say that if we make them two to one favorites, or hundred to one outsiders, they don’t care. They know themselves that they are here to win the tournament. So, the odds wouldn’t really make that much of a difference on their performance. 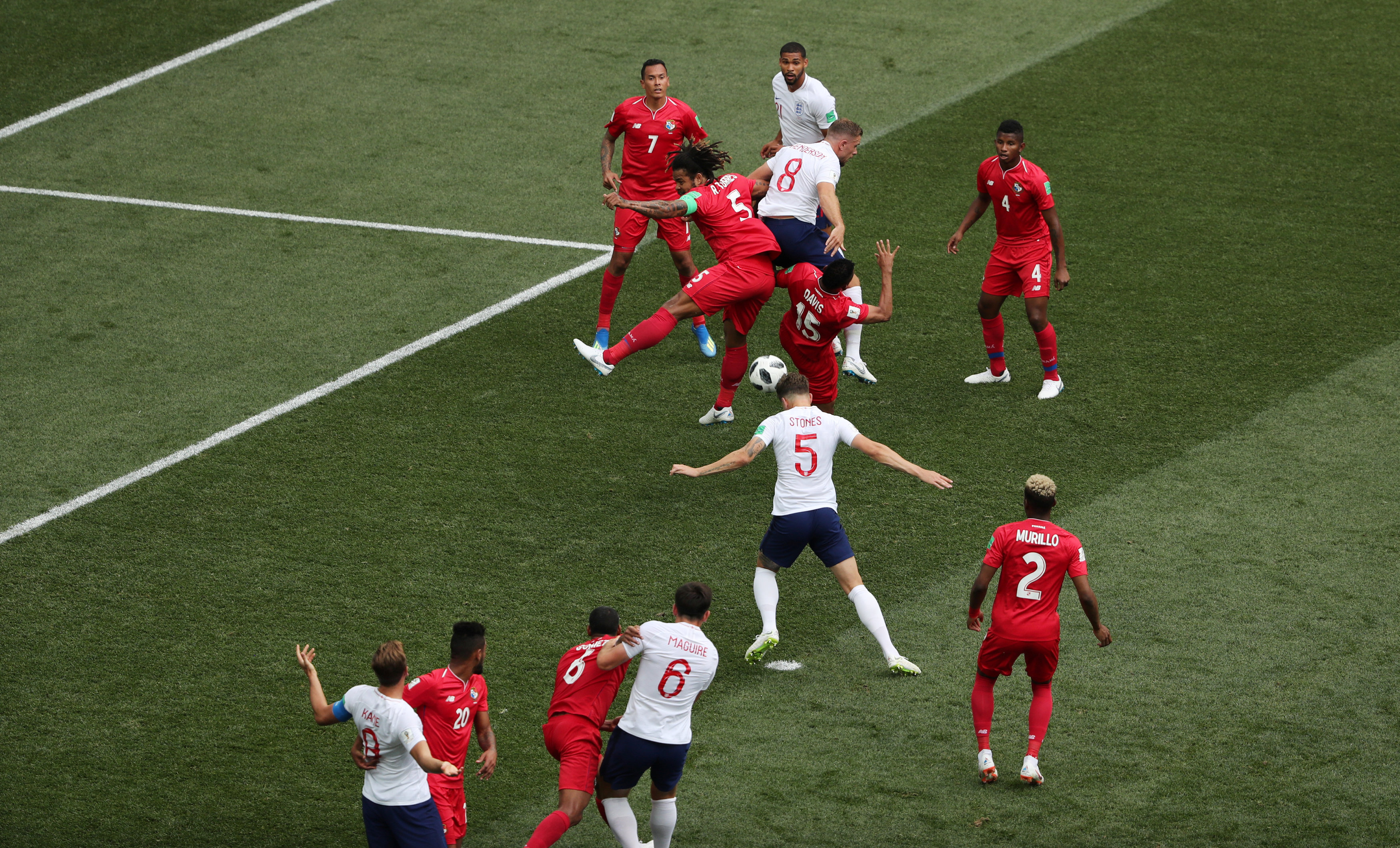 On that note. We know that if we win against Belgium, we’re likely to go up against a stronger team than if we lose the coming match. Do you think that the team is likely to play a little bit worse than they could, in order to purposefully lose? 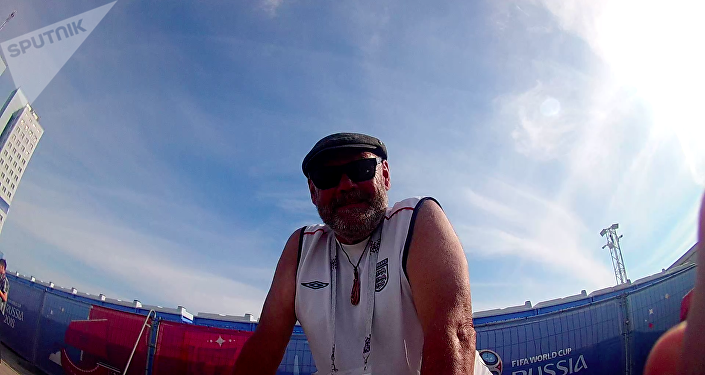 © Sputnik /
New Zealand Veteran Fan Talks World Cup in Russia, Travelling the World, England Odds
It’s a hard one. I think that having spoken to Lee Dickson, who played with Gareth Southgate as a professional in the late 90s, early 2000s for England. Lee seems to think that Gareth the England manager wouldn’t think that way at all.

We want to take one game at a time. We want to head into a game thinking we will win it. We will top the group. If we can top the group and beat Belgium, we can beat anyone. Belgium, on the other hand, it seems a lot different from their camp. Their manager is, from what we have seen, planning on resting their key players for the England game, in order to finish second, in order to have an easier route to the final. I don’t know.

As an England fan, in one breath, you want them to have the easiest route to the final, in the other you have to respect that the manager wants them to go out and play as best as they can. I think it is a dangerous game if you start second guessing how your route to the final is going to go. You just have to beat what’s in front of you. I would be very surprised if England play anything other than to win that game.

And do you think that England could win the tournament?

If you’d have asked me two weeks ago, before a ball was kicked in Russia, I would say they’d have absolutely no chance. Now we are here we are heading into the last phase of the group stages; all of the favorites have stumbled. They have all struggled.

If you had to pick out, as a neutral fan, who stands out to win the tournament, England are in the top 3. You’d have England, Belgium, Croatia, as standouts to win. Brazil, Argentina, France, Germany especially so (as we saw in their brutal defeat) and so you have to think that all of those sides are beatable. You would expect one of those four sides to win the tournament. But from what we have seen in Russia, all of those sides are struggling, and so, therefore, you have to think that, yeah, we have a chance.

Sorry #Germany! I guess today was not your day. #GER I thought you'd see it through till the end! pic.twitter.com/JTKKhOPqzt